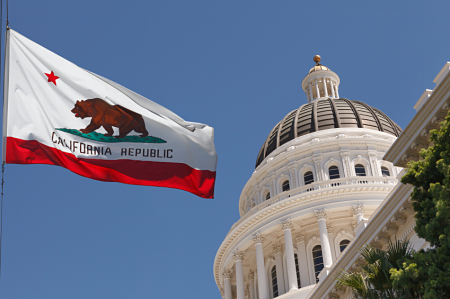 In his inaugural address in early January, California Gov. Jerry Brown said one of his goals was to reduce petroleum use in both trucks and passenger vehicles by 50 percent over the next 15 years.

“We applaud Gov. Brown for working to secure a cleaner, brighter future for California and paving the way for the rest of the country and the world to follow. Weaning the state off dirty fossil fuels and embracing clean energy is the kind of immediate action we need to confront the worst effects of climate change,” said Abigail Dillen, vice president of Earth Justice.

While some in trucking are considering the impacts, the direction Brown is taking is consistent with work already underway by the California Air Resource Board (CARB).

Later this year, CARB plans to release its Sustainable Freight Transportation Initiative, which will bring with it new regulations requiring improved efficiency in freight movements along with zero or near-zero emissions for equipment used to transport cargo, according to Joe Rajkovacz, director of governmental affairs for the California Construction Trucking Association (CCTA) and the Western Trucking Alliance.

“One of CARB’s goals is the migration towards electric-powered heavy-duty vehicles and hydrogen powered vehicles. They don’t even view natural gas as a so-called bridge fuel. They want to move beyond fossil fuels, period,” said Rajkovacz.

Rajkovacz said he expects to see mandates as early as 2017 that would ban the use of diesel-powered equipment for vocational trucking in the Los Angeles Basin. He said that could be in place by 2025.

CCTA filed suit against CARB nearly four years ago, challenging the legality of its statewide truck and bus rules requiring less polluting equipment. That process continues, with the next hearing scheduled this month.

“We have been saying for a long time that these mandates were never going to end,” Rajkovacz said. “I think a lot of people feel beat down by these constant regulations to reshape the marketplace, and that’s one of the reasons we continue to pursue our litigation against CARB.”

Rajkovacz says truckers running intrastate routes are not the primary focus for CARB.

“I think the long-haul segment has less to worry about from this in terms of being potentially forced into purchasing newer trucks that basically right now don’t exist. For example, there isn’t an electric line haul truck that’s available,” he said.

Rajkovacz said he is concerned about possible California mandates that might prohibit diesel or require the use of natural gas as a bridge fuel for long-haul trucks.

He believes the lawsuit filed by CCTA and other similar efforts could slow the regulatory march in California.

“If the dust settles on this and CARB feels there is nothing that can be done to stop them from making these mandates, they are going to have lots of stricter rules in the future,” said.

“The strategy must recognize the value of improving the competitiveness of our ports and logistics industry; creating jobs in California and training local workers to support the new transport system; increasing energy security; and improving mobility,” said CARB spokesperson Franceska Ramos. “The strategy will include recommendations for near-term actions that are informed by stakeholder input, sector-based technology assessments and staff’s analyses. CARB staff is also working closely with Caltrans and the California Freight Advisory Committee to ensure the State’s freight efforts are coordinated.”