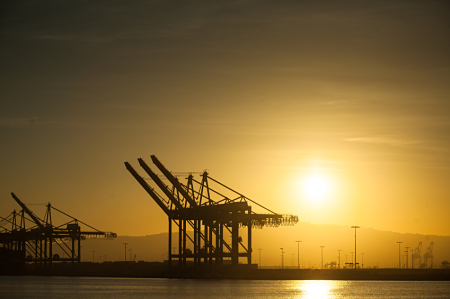 A Los Angeles Superior Court recently ruled that seven drivers in the ports of Los Angeles and Long Beach were due more than $2 million from a trucking firm that had classified them as contract laborers rather than employees.

Pacer Cartage, a subsidiary of XPO Logistics, said it would appeal the ruling. XPO believes the drivers in question were correctly classified as contractors and the case is without merit.

Judge Jay M. Bloom ruled that Pacer Cartage should have given the drivers the same benefits and protections as regular employees, including sick leave, overtime and health insurance coverage.

Bloom’s ruling upheld an April 2014 finding by the California Labor Commissioner’s Division of Labor Standards Enforcement. Pacer was appealing that decision and was required to meet the burden of proof.

Alvin Gomez, attorney for the drivers, said the drivers were not aware that Pacer Cartage actually owned the trucks. He said they were forced to pay abnormal and abusive lease payments and make involuntary payments on leases deducted from payroll checks. He said they were also prohibited from using the trucks for other business or shipping companies and were not allowed to drive the trucks home or park them in lots other than those owned by Pacer Cartage.

Gomez said this is a landmark decision. “This case sets the stage for all other cases that are pending,” he said during a press conference. “Now, every truck company is put on notice that if they have a similar scheme in place, they are in willing violation of California law. We believe that these decisions, coupled with the lawsuits that we have recently filed and those we intend to file in coming weeks, will force the drayage industry to make long overdue changes in their business practices to comply with state and federal labor laws.”

The court ruling is the latest in a series of legal challenges in California to trucking companies classifying some port drivers as independent contractors rather than employees.

The ruling is seen as a victory for the International Brotherhood of Teamsters, which has been actively recruiting non-union drivers working the Los Angeles and Long Beach ports.

A major factor in the contractor versus employee debate is whether the worker has control over profits, losses and work activities.

“From the evidence, it appears Pacer had the control,” Bloom wrote in his decision.

A 2009 environmental regulation that required newer, cleaner trucks is at the core of this issue.

Many independent owner-operators could not afford new trucks to meet the new requirements and some trucking companies purchased trucks of their own and leased them back to the drivers.

In Pacer’s case, that meant the creation of a separate company that subleased the trucks back to the drivers.

Bloom ruled that the drivers had limited control over trucks they were leasing.

The judge cited other evidence that Pacer drivers actually were employees. The truckers, he said:

“Pacer presented testimony through its witnesses and experts that painted a rosy scenario of venture capitalists who could profit through this lease arrangement as independent contractors,” Bloom wrote in his decision. “However, this scenario was not supported by the evidence. They say when the truck left the dealer; it had a negative equity situation. Moreover, when the drivers left Pacer there was no evidence they had any equity built up that was returned to them. In most cases, they just turned over the keys.”