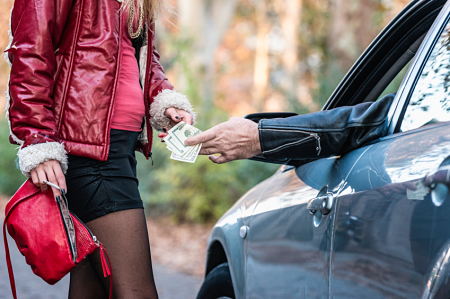 Michigan’s state police have become the latest law enforcement agency to join forces with Truckers Against Trafficking (TAT) in the fight against human trafficking.

The state police’s Commercial Vehicle Enforcement Division (CVED) launched a new initiative to involve the trucking industry in the effort.

A significant amount of human trafficking activity takes place at truck stops and rest areas, according to Capt. Michael Krumm, CVED commander. Krumm said truckers could effectively be “eyes and ears” on the nation’s highways.

“Traffickers will utilize various truck stops to try to sell the girls and the young boys that they will have in their group,” said Krumm.

Michigan’s CVED and TAT are working together to develop and distribute training materials to raise awareness of human trafficking and to create a network of highway monitors.

CVED is providing training to drivers and travel plaza managers to be on the watch for suspicious activities.

“And then all we’re asking them to do is report what they see. We give them a resource to make a phone call to get law enforcement involved and possibly save some young people’s lives,” added Krumm.

CVED is distributing 17,000 TAT wallet cards and other materials to truck drivers, trucking companies and rest stop operators with a hotline number. The materials include posters being distributed at Michigan rest areas and welcome centers.

Trucking associations from 32 states and more than 100 companies are now registered with TAT in the national effort.

According to TAT, human trafficking is a $32 billion worldwide industry with more than 20.9 million people enslaved by traffickers.

Under the most common scenario, foreign nationals and American youth are bought and sold for the sex trade.

According to the U.S. Department of Justice, between 100,000 and 300,000 American youth are at risk of entering the sex trade each year.

TAT reports that human trafficking is second only to drug trafficking.

“Traffickers recruit out of our schools, online, in shopping malls, as well as the streets and other locations. A large percentage of the people trafficked are women and children. Many of them are used in the sex industry. They are the prostituted to people on the street and in private homes, and in legitimate businesses such as restaurants, truck stops and motels. They need to be identified and rescued,” says the TAT website.

NHRTC has been in operation since 2007 and is operated by Polaris, a non-profit organization engaged in the global fight against human trafficking. Funding for NHTRC is provided by the U.S. Department of Health and Human Services and other private donors and supporters.

Peterson said he believes working with the U.S. Congress and Canada’s Parliament will hopefully raise the levels of financial and political support for the fight against trafficking.