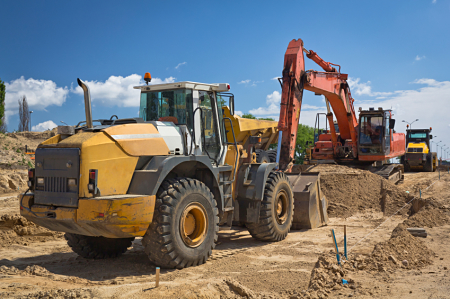 U.S. Secretary of Transportation Anthony Foxx took the case for increased investment in American infrastructure on the road Feb. 17-20, visiting five states and the District of Columbia to underscore the importance of a new, long-term transportation bill.

Foxx visited Florida, Georgia, South Carolina, North Carolina and Virginia and ended the trip with a visit to Union Station in Washington, D.C.

Facing a May deadline for the current transportation legislation, the administration is pushing for a new six-year transportation bill that would provide an influx of funding to the nation’s roads, bridges, railways, ports and transit systems.

“Congress continues to pass short-term measures with flat funding that falls short of meeting our country’s needs,” said Secretary Foxx. “I am once again taking my message directly to the American people because they know that Band-Aid funding measures don’t build bridges; they don’t create jobs; and they don’t help us compete in the 21st Century. We need to put our country back to work with a long-term funding plan.”

On Feb. 2 the administration unveiled a $478 billion, six-year proposal for infrastructure investment.

Earlier this year, U.S. DOT released a study called “Beyond Traffic.” The study looked at trends and choices facing American transportation over the next three decades. The study looks at population, demographic shifts in urban and rural areas, freight volumes.

In summary, the study documents the long term need for additional investment into U.S. infrastructure.

“We rank 28th in the world in terms of modern transportation and infrastructure,” said Biden. “We shouldn’t rank 28th in anything,” he added.

“Transportation projects have stalled or stopped across the country due to the lack of funding certainty,” Foxx said. “Passenger rail is critical to a growing economy – it brings economic development, creates jobs and provides access to opportunity for residents in the surrounding community.”

Foxx said the Highway Trust Fund (HTF) will run out of funds on May 31 unless Congress steps in. HTF is funded by an 18.4 cents-per-gallon federal gas tax that has not increased since 1993.

Foxx said uncertainty about federal funding is having a negative trickle-down effect on the states, where state governments are reluctant to plan on federal matching funds when staging major projects.

Foxx said states such as Arkansas and Tennessee are postponing dozens of infrastructure projects because they don’t know if the federal funding will be there.

“This conversation is happening all over the country, and everywhere I go there’s a to-do list a mile long,” Foxx said.

Rather than pass a long-term transportation bill, Congress has approved a series of short-term, stop-gap measures since 2009, including the $11 billion bill that expires in May.

“At a time when we should be building more, we’re building less,” he said. “Instead of saying ‘build, build, build,’ Congress has been saying ‘stop.’ ”

Rep. Bill Shuster, chair of the House Transportation Infrastructure Committee, said recently that he is working with other key legislators to write a transportation bill that’s “good for America.”

“We know our roads, bridges and transit systems have significant needs. In order to address those needs, this bill will be built around key principles,” he said. “”This bill is about allowing U.S. businesses to be competitive and allowing our economy to prosper and grow. It’s about making sure that Americans don’t waste countless hours stuck in traffic. It’s about not having to worry about the potholes, the delays, and the traffic jams – from the time we walk out the door in the morning to the time we get back home,” he added.