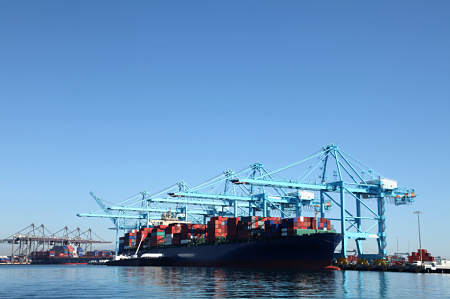 Though a resolution has been reached, the aftermath of the West Coast ports dispute will ripple through the supply chain for months to come, according to port and trade officials.

A tentative agreement with the 29 ports and 20,000 dockworkers ended a months-long dispute but the aftermath will take time to sort out.

Industries ranging from automotive parts to agriculture have been affected by the dispute.

With a line of ships waiting offshore, the pressure is now on the ports, dock workers and truckers to clear the logjam.

“Just based on the mathematics, it will be about three months before we return to a sense of normalcy,” said Gene Seroka, executive director of the Port of Los Angeles.

The National Retail Federation (NRF) said the agreement between the International Longshore and Warehouse Union (ILWU) and the Pacific Maritime Association (PMA) was a positive.

“We congratulate the ILWU and PMA for finally coming to agreement on a new labor contract. It is now time for the parties to quickly ratify the deal and immediately focus on clearing out the crisis-level congestion and backlog at the ports,” the NRF said in a statement. “The congestion, slowdowns and suspensions over the last few months have had a significant economic impact on the entire supply chain and those who rely on the West Coast ports to move their goods and products around the world and throughout the country. The agricultural, manufacturing, retailing and transportation industries have all suffered due to the nine-month long contract negotiations.”

The ports of Los Angeles and Long Beach echoed the sentiments of the NRF.

“With an agreement in place, the ports of Long Beach and Los Angeles can focus on velocity, efficiency and environmental sustainability,” said Port of Long Beach Chief Executive Jon Slangerup. “Together, we will quickly re-establish our gateway as the most efficient route between Asia and North America. We thank Mayors Garcia and Garcetti for their leadership and we will all work to clear the current backlog as quickly as possible and put in place new measures to move cargo quickly even during our busiest times.”

“The changing face of seaborne trade is impacting major ports around the world,” said Seroka. “In order to keep our competitive edge, it makes good sense for our ports to strategize and help facilitate changes in the supply chain that will enhance Southern California’s competitive advantage.”

Automakers Honda and Toyota slowed production at plants in Ohio, Indiana and Ontario, Canada because parts they ship from Asia have been held up by the ports dispute.

“We do not have a sufficient supply of several critical parts to keep the production lines running smoothly and efficiently,” said Honda spokesman Mark Morrison said.

Honda and other carmakers started using air freighters to transport some crucial parts from Asia to their U.S. factories. Fuji Heavy Industries said it would continue flying parts to its U.S. factory despite a price tag of $59 million per month.
Maersk Line, the world’s biggest container shipping company, said some its customers are seeking alternative gateways to the U.S. because of the West Coast delays.

“More cargo is already moving through Canada Pacific Northwest ports, U.S. East Coast ports and Lazaro Cardenas in Mexico. Our customers will not put all their eggs in one basket,” said CEO Soren Skou.

Skou said the ninth months of labor disputes and work slowdowns at the 29 West Coast ports caused billions in losses to cargo owners. West Coast ports handle nearly half of all U.S. maritime trade and more than 70 percent of the country’s Asian imports, according to the American Association of Port Authorities (AAPA).

“We’re pleased and encouraged with the successful conclusion of these protracted labor negotiations,” said Kurt Nagle, president and CEO of AAPA. “Ports are a critical part of the American supply chain and economy, with 12.5 percent of the U.S. GDP tied to the efficient movement of goods through our West Coast ports alone in 2013.”

Nagle said the cargo moving through U.S. ports is responsible for more than 13 million jobs and more than $200 billion in federal, state and local tax revenue.

“Ensuring that cargo moves efficiently through all of our ports must be a national priority and isn’t just a West Coast issue,” said Nagle.