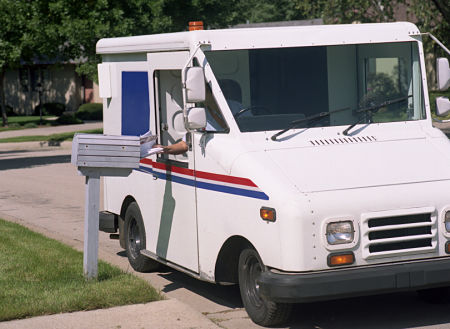 The United States Postal Service (USPS) is in the early stages of a procurement that will replace the agency’s aging delivery fleet with a next-generation vehicle.

The USPS plans to replace most of its fleet of more than 200,000 vehicles with a new model and manufacturers are lining up to look at a contract that could potentially be worth between $4.5 and $5.4 billion.

The existing Long Life Vehicle (LLV) entered service in 1987 with a Chevrolet S-10 chassis, Grumman body and a Pontiac engine.

Competition for the new vehicle is expected to involve General Motors, Ford, Nissan, Fiat Chrysler and others.

USPS hopes to put the new vehicles in service by 2018.

“GM listens to the needs across a wide range of customers,” said Robert Wheeler, communications manager for GM Fleet & Commercial. “The U.S Postal Service is an important customer, and we are early in the process of exploring potential solutions that would work for their needs.”

USPS plans to award a single contract by early 2017 with manufacturers submitting prototypes in 2016.

As part of the specifications, USPS is asking for right-hand steering, two-wheel drive and four-wheel drive options, and a heavy-duty transmission with traction control. The van-style body will have an integrated cab and cargo area constructed  of aluminum alloy or composite materials with a sliding driver door and separate cargo side door. The vehicle will have a 1,500-pound payload capacity and rear-view cameras.

The next-generation vehicle should be no longer than 230 inches, no taller than 106 inches, and no wider than 85 inches, according to the specification documents.

“Though the existing fleet has served the Postal Service well, it has become expensive to continue to maintain the aging vehicles. More importantly though, shifts in consumer trends are driving a lot of factors being considered in a next-generation vehicle,” USPS spokeswoman Sarah Ninivaggi told the Wall Street Journal.

Driving the need to replace the fleet are skyrocketing maintenance costs to keep the older vehicles on the road. USPS committed $500 million to vehicle maintenance and replacement this year, up from $100 million last year.