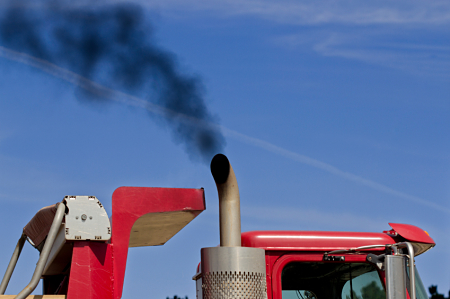 In it’s ruling, the appeals court affirmed a lower court ruling that it does not have jurisdiction to hear the case.

According to CCTA, the CARB diesel engine regulation will ultimately force the replacement of most diesel powered commercial motor vehicles that do not meet 2010 EPA emissions standards in order to operate in California. CCTA claims that small-business truckers are bearing the brunt of the multi-billion dollar expense to unnecessarily replace trucks originally built and certified to EPA emissions standards.

A district court previously ruled that it could not hear the case, and the Ninth Circuit court agreed with that ruling. The decision is based on the inclusion of the Environmental Protection Agency (EPA) in the case, although the EPA was not a named defendant.

The CCTA says the Clean Air Act itself is not the subject of the suit and that the EPA should not be considered a party to the suit because it had not approved California’s State Implementation Plan (SIP) at the time the suit was filed.

“At the time we sued CARB, the board was acting under state law, not federal law as claimed by the National Resources Defense Council,” said a CCTA representative.

CCTA says it intends to keep fighting and will appeal to the U.S. Supreme Court.

“At virtually every step of the way, well-funded environmental groups united with CARB delayed the case and prevented the courts from hearing the merits of our federal preemption argument,” said the CCTA.

In California, the issue has pitted the CCTA against several national environmental groups.

CCTA holds that federal regulations do not govern in-use equipment.

The Ninth Circuit ruling found that when the EPA accepted California’s SIP it became federal law and must be carried out by the state.

The court also found that “CAA creates a partnership between the federal government and the states to combat air pollution. Under the CAA, the EPA must prescribe national ambient air quality standards (NAAQS) for certain air pollutants, and each state is responsible for implementing those standards within its borders. Specifically, each state must adopt, and submit for the EPA’s approval, a SIP that provides for the “implementation, maintenance, and enforcement” of the NAAQS.

While a state has considerable discretion in formulating its SIP, the SIP must include “enforceable emission limitations” and control measures and “a program to provide for the enforcement” of such measures. It must further provide “necessary assurances” that the state has “adequate personnel, funding, and authority” to carry out the SIP, and is not prohibited from doing so by “any provision of federal or state law.” Once approved by the EPA, a SIP becomes federal law and must be carried out by the state.”

Recently, the US Supreme Court agreed to hear an appeal from the American Trucking Associations (ATA) on another Ninth Circuit federal court case. ATA filed a lawsuit on what it calls a “burdensome” requirement the Port of Los Angeles has put on fleets serving the court for its Clean Trucks Plan. The port’s plan requires truck drivers to replace high pollution diesel rigs with much newer trucks that have particulate filters that trap harmful gases.