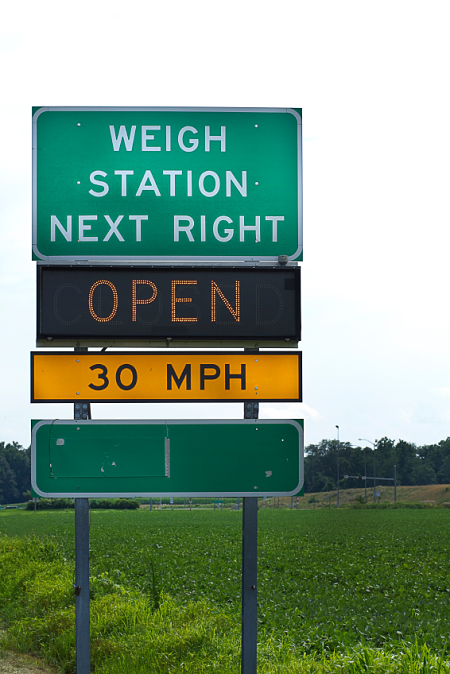 The Idaho Legislature passed a memorial bill asking Congress to raise truck weight limits in the state and U.S. Rep. Mike Simpson (R-Idaho) has introduced legislation in Congress to make that happen, according to press reports.

Trucks weighing up to 129,000 pounds could travel interstates under the proposed legislation, an increase from the current limit of 105,500 pounds. The increased weight allowance would put Idaho in line with neighboring states and some of Idaho’s state highways. Surrounding states Montana, Wyoming, Utah and Nevada have higher limits.

“This has made it difficult for Idaho producers to ship goods to, from and through the state,” said Simpson.

The bill comes on the heels of a 10-year pilot project that allowed 129,000-pound trucks on designated routes throughout southern Idaho, said Nathan Jerke, spokesman for the Idaho Department of Transportation (ITD).

The 10-year study found that increasing truck weight limits would have no significant effect on roadway safety or on the structural soundness of Idaho bridges and pavement.

When the study concluded last year, the designated state highways testing the 129,000-pound weights were approved for the increased limit, Jerke said.

Some who testified before the Legislature last year expressed concern that many Idaho roads aren’t ready for the overweight trucks, and that the trucks pose a safety issue for the truck drivers and the public.

“There’s not one single study in this planet that’s been done on the effect of these trucks on these roads outside the pilot project,” said Stuart Davis of the Idaho Association of Highway Districts.

Idaho commodity leaders — especially those involved in sugar beets, potatoes and timber — strongly support the change, which they emphasize would bring Idaho in line with surrounding states.

The state bill, HJM008, known as a memorial, was introduced by Rep. Joe Palmer, R-Meridian, and referred to the Senate Transportation Committee.

Members of Idaho’s federal delegation have long pushed for the change and see several opportunities to implement it this year, and say passage of the state memorial would facilitate their efforts.

“It helps us to make the case to our counterparts here that our state is asking for fair treatment, and it’s not just a couple of senators and congressmen who are convinced this is the way to go,” said Sen. Mike Crapo (R-Idaho).

Crapo also intends to pursue an Idaho increase soon in a transportation appropriations bill, and he’s backing a bill to implement a nationwide 129,000-pound standard. Furthermore, he may pursue the change in the forthcoming highway bill reauthorization.

“A lot of beets are moved to various factories on the interstate,” Duffin said.

He said states such as Vermont and Kentucky have already raised their limits.

Randy Hardy, an Oakley, Idaho, farmer who serves on the National Potato Council’s executive committee, said his organization has named increasing truck weight limits among its four priorities for the year. Though increased weight limits have faced opposition, including from railroads, Hardy said the extra axle gives them greater breaking power than lighter trucks, and reducing the number of trucks on the road cuts shipping costs and improves traffic safety.

“Idaho more than any other state depends on truck traffic going back East as far as fresh potatoes go,” Hardy said.

Idaho Trucking Association board member Jason Andrus added there’s a national shortage of truck drivers, and his company must use smaller trucks than surrounding states allow when it hauls fertilizer, salt or grain outside of Idaho.

ITD spokesman Adam Rush said his agency has already approved additional 129,000-pound limits on Idaho 55 near Caldwell, at Amalgamated Sugar’s request, and on U.S. 12 and U.S. 95 near Grangeville, for hauling lumber at the request of Baker Truck Service.