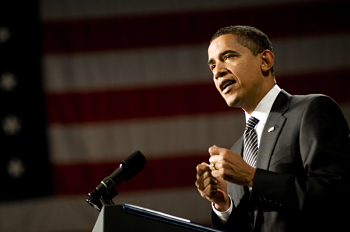 The biggest increase would come in transit funding, which would realize a 79 percent boost to an average of nearly $74 billion over six years.

The Grow America Act would go a long way toward addressing the nation’s crumbling infrastructure problem, according to U.S. Secretary of Transportation Anthony Foxx.

“All over the country, I hear the same account: the need to repair and expand our surface transportation system has never been greater, and yet federal transportation funding has never been in such short supply,” said Foxx. “Our proposal provides a level of funding and also funding certainty that our partners need and deserve. This is an opportunity to break away from 10 years of flat funding, not to mention these past six years in which Congress has funded transportation by passing 32 short-term measures.”

U.S. DOT says the country faces growing transportation infrastructure needs with 65 percent of America’s roads in need of repair; one out of every four bridges needing to be replaced; and an $86 billion public transit repair backlog.

“It is clear to me that transportation is still a bipartisan issue, and I am really encouraged to see members of both parties working to get something done,” Foxx said. “During these next two months, though, all of us who work in Washington need to be relentless in trying to get to ‘yes’ on a bill that is truly transformative and that brings the country together.”

Experts say it is unlikely the White House bill will ever make it to the president’s desk. Congress faces a May 31 deadline to pass a new transportation bill. Given the complexity of approving a long-term bill, the odds are in favor that Congress will pass another short term extension rather than a multi-year bill.

Language in the bill includes provisions: