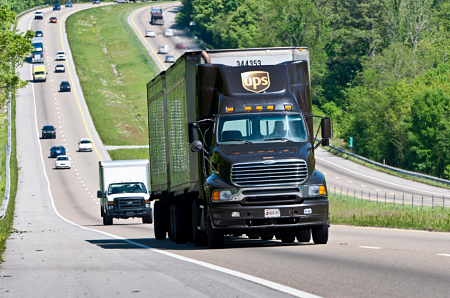 United Parcel Service (UPS) is continuing to make investments in natural gas as a fuel source for its fleet of vehicles.

When the deployments are complete, UPS anticipates its alternative fuel and advanced technology fleet will log more than 350 million miles per year, supporting the company’s goal of driving one billion miles in this fleet by the end of 2017. This will displace approximately 54 million gallons of conventional diesel and gasoline annually while reducing total vehicle emissions. According to the U.S. Department of Energy, the use of natural gas instead of gasoline cuts greenhouse gas emissions by 6-11 percent over the fuel life cycle.

Currently UPS has a total of eight CNG fueling stations in California, Colorado, Georgia and Oklahoma and operates CNG vehicles in Germany, the Netherlands and Thailand.

Using a “Rolling Laboratory” approach, UPS is one of the leaders in the industry developing the cleanest, most effective pathways to support the company’s effort to reduce emissions and dependence on fossil fuels while improving efficiency. The first package delivery company to introduce alternative fuel tractors into its fleet, UPS operates one of the largest private alternative fuel and advanced technology fleets in the U.S. Its fleet includes all-electric, hybrid electric, hydraulic hybrid, CNG, LNG, propane, biomethane and light-weight fuel-saving composite body vehicles.

UPS collaborates with various stakeholder groups to identify and promote transportation solutions that enhance the sustainability of emerging fuel choices. In 2012, UPS helped BSR (Businesses for Social Responsibility) launch Future of Fuels, a working group that promotes the development of lower-emission fuels for transportation. The group’s objective is to study the impacts of all fuel sources to help guide businesses in deploying alternative fuel vehicles in their fleets.

The U.S. Energy Information Administration (EIA) administrator, in his March report to the Committee on Energy and Natural Resources of the U.S. Senate, said EIA analysis shows that during the next 25 years, natural gas will grow dramatically in use by freight trucking and other commercial transportation modes.