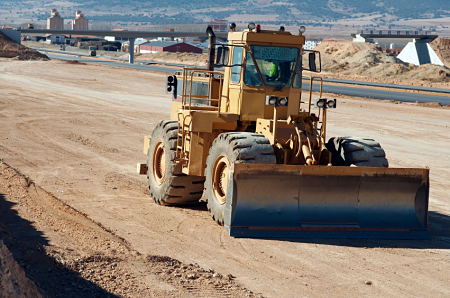 The Portsmouth Bypass, expected to cost $430 million, will be built by Ohio’s first public-private partnership (PPP) and will be the state’s largest single construction project.

Foxx said the project falls under the administration’s Build America Investment Initiative. USDOT is working to expand opportunities for partnership between the public and private sectors, including through the establishment of a new Build America Transportation Investment Center as a one-stop shop to support potential PPP projects.

“This is an important project that will not only improve highway safety, but represents an important partnership between the public and private sector to advance our overall investment in this nation’s infrastructure.” Secretary Foxx said. “The Portsmouth Bypass will benefit the entire community by reducing the number of trucks in the city and opening up the area for economic development.”

The Portsmouth Bypass is the type of project that seeks to address current traffic challenges that will only grow over time. Secretary Foxx identified some of those future challenges in Beyond Traffic, a recent report released by USDOT. Beyond Traffic examines the trends and choices facing America’s transportation infrastructure over the next three decades, including a rapidly growing population, increasing freight volume, demographic shifts in rural and urban areas, and a transportation system that’s facing more frequent extreme weather events. Increased gridlock nationwide can be expected unless changes are made in the near-term.

The project is a 16-mile, limited access, four-lane highway that will bypass about 26 miles of US 52 and US 23 in Portsmouth. Once completed, ODOT estimates it will reduce travel time by 16 minutes compared to the alternative routes in the area.

“By using a P3 project delivery, ODOT is able to accelerate this project,” Deputy Federal Highway Administrator Gregory Nadeau said. “The TIFIA program is providing a critical piece of the financing to complete the missing link of the Appalachian Development Highway System in Ohio.”

The Portsmouth Gateway Group, a consortium of private sector infrastructure developers, will receive the TIFIA loan to build the project. The group will operate and maintain the project for up to 35 years after completion.

The TIFIA credit program is designed to fill market gaps and leverage substantial non-federal investments. Each dollar of federal funding can provide up to $10 in TIFIA credit assistance and support up to $30 in transportation infrastructure investment. Since its launch, the TIFIA program has helped 51 projects turn $22 billion in U.S. Department of Transportation assistance into $78 billion in infrastructure investment across America.

Ohio Gov. John Kasich likes the idea of public-private partnerships. He has said they will speed up highway and bridge work that otherwise wouldn’t happen for years because of a lack of government funding.

Supporters of the bypass around Portsmouth, a city of 20,000 that sits along the Ohio River, say it will bring economic development to an area of in where unemployment is high.

Some are concerned that the route will draw travelers away from local gas stations and restaurants and it’s not clear how much economic growth the project could generate.

The transportation department doesn’t have projections or an analysis on potential business growth.

“I live in that county, so I would like to know myself,” said Kim Reynolds, the planning and development director for the 12-county Ohio Valley Regional Development Commission.

Portsmouth City Councilman Kevin Johnson said the city has worked with ODOT to erect signs telling drivers that they still can drive through Portsmouth to see its murals — a tourism destination in the city. He doesn’t believe, though, that it will hurt businesses.

“The truckers don’t stop here in the first place. This is a bypass for them,” he said. “From my standpoint, this provides incredible opportunity for the county, which can only benefit the city of Portsmouth.”