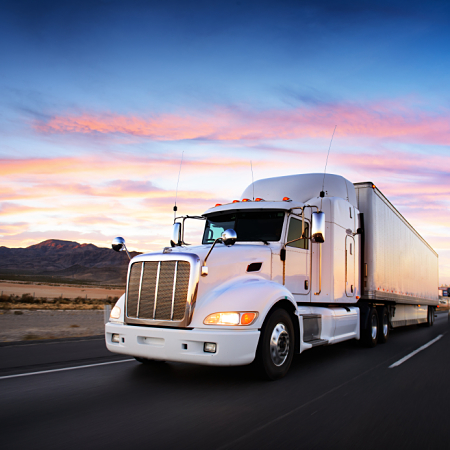 The American Trucking Associations (ATA) has renewed its call for the U.S. Department of Transportation to implement a rule requiring the electronic speed limiter on all large trucks be set no higher than 65 miles per hour.

“In 2006, as part of our longstanding commitment to highway safety, ATA petitioned the National Highway Traffic Safety Administration and the Federal Motor Carrier Safety Administration to require the speed limiter on all large trucks be set in order to electronically limit their top speed to no more than 65 mph,” said ATA President and CEO Bill Graves. “We waited patiently until the government finally said in January 2011 they would move ahead with a speed limiter mandate, but this commonsense regulation has been mired in bureaucracy for over four years now. It is long past time for NHTSA and FMCSA to move ahead with this rule.”

ATA says slowing trucks down will reduce the frequency and severity of crashes. Federal data show that driving too fast for conditions or over the posted speed limit was the primary reason for 18 percent of all fatal crashes where a large truck was deemed at fault. A speed limiter rule won’t prevent all of these crashes, but it would certainly help, according to ATA.

“In addition to slowing truck speeds, ATA believes in slowing down all traffic,” Graves said. “That’s why we back a national speed limit for all vehicles of 65 mph and are disturbed by the recent trend of states raising their speed limits to 70, 75, 80 or in some areas even 85 miles per hour. These limits are reckless and are needlessly endangering millions of motorists.”

Nationally, speed is a cause or factor in nearly 30 percent of all fatal crashes.

“Even though roughly 70 percent of trucking companies use electronic limiters, that is not enough,” Graves said. “So we are again calling on NHTSA Administrator Mark Rosekind – who recently touted the benefits of speed limiters in the press, FMCSA General Counsel Scott Darling and Transportation Secretary Anthony Foxx to move this important regulation forward. Further, I urge them to use their positions to push states to do the right thing – the safe thing – when it comes to speed limits for all vehicles and stem the dangerous tide of higher ones.”

The Owner-Operator Independent Drivers Association (OOIDA) does not concur. OOIDA, which represents small trucking businesses, questions the safety benefits associated with limiting truck speeds and has raised concerns about the cost impact.

OOIDA says having different speeds for cars and trucks would raise the number of crashes.

The Associated Press published a story last month revealing that most big truck tires aren’t designed to go over 75 mph. Yet 14 states, mainly west of the Mississippi River, have speed limits of 75 or above. Texas, Wyoming, Utah and South Dakota have limits of 80 or higher.

About 70 percent of trucking companies already have speed limiters on their rigs, and ATA spokesman Sean McNally said the rule would stop the rest from putting other drivers in danger. The association, he said, believes that government regulations aren’t always “inherently evil.”

He conceded that a uniform speed would level the playing field for all truckers, but said that was only a secondary reason for the proposal.

Many tractor-trailers on the nation’s roads are driven faster than the 75 mph their tires are designed to handle, a practice that has been linked to wrecks and blowouts but has largely escaped the attention of highway officials.

Nearly all truck tires have been built for a maximum sustained speed of 75 mph since the middle of last decade, when drivers across the vast majority of the U.S. were allowed to go no faster than 65 or 70 mph.