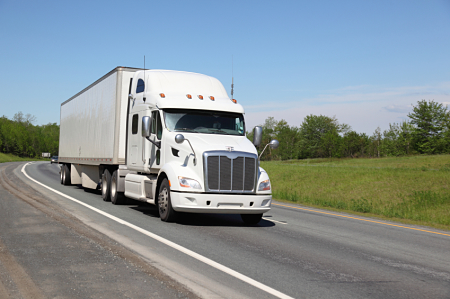 U.S. Transportation Secretary Anthony Foxx is saying publicly that he now expects Congress to pass another short-term extension of the Highway Trust Fund before the May 31 deadline.

Foxx told reporters last week that he understands Congress is now considering another extension because current funding will last until July.

“A purposeful extension is probably the best we can hope for right now,” he said. Foxx said he could support an extension only if it leads to a longer bill. “That’s a patch, it’s not a solution,” he said. “If they need a few more months, make them purposeful months.”

Wright said “the time is now” for Congress to end states’ uncertainty over the expiring Highway Trust Fund and calling for lawmakers to provide a “robust” federal program.

Other industry groups are also lobbying for a long-term deal, including the American Road & Transportation Builders Association and Associated Equipment Distributors.

The full court press on Congress comes as the spring construction season is under way across the country. AASHTO reports that at least four states are already holding back more than $1.3 billion in projects this year because they cannot count on the federal funding share coming through on time.

“Many more will inevitably follow in the coming weeks and months,” Wright said, unless Congress moves quickly on a surface transportation plan.

Wright said many states “have enacted or are considering revenue increases to support investment in critical transportation projects,” but they still need action on the federal program that provides almost half of the annual capital investment in roads, bridges and transit.

“Without a robust federal program with a predictable flow of funds, transportation investment in this country will decline,” he said, and “the American economy and the quality of life in our communities will suffer.”

In mid-April, House Transportation and Infrastructure Chairman Bill Shuster, R-Pa., said he expected decisions in the “coming days” on whether tax-writing lawmakers would opt to find revenue for a short-term or long-term bill this spring. Shuster repeated his preference to pursue a long-term bill now.

In the House, a bipartisan group of lawmakers introduced legislation to link gasoline and diesel fuel user charges to inflation while creating a special commission to recommend longer-term funding measures. If Congress has not acted on those recommendations by Dec. 31, 2016, fuel excise fees would automatically rise to keep the Highway Trust Fund paid up for three years.

Maine Senator Susan Collins (R-NH) criticized Foxx for what she described as his agency’s failure to provide a blueprint for reforming the Highway Trust Fund.
Collins, who chaired a hearing on the Transportation Department’s budget, said the HTF, which provides billions to build and repair the nation’s roads and bridges, will run out of money this year unless action is taken to raise more money for the fund.

“This administration has had six years to provide Congress with specific proposals to reform the trust fund,” Collins said.

She said no proposals have been forthcoming.

Shelby, chairman of the chamber’s Banking Committee, also called on fellow lawmakers to address the looming shortfall of the federal HTF. The Banking panel is tasked with providing the transit portion of highway policy measures. Like Shelby, the panel’s ranking Democrat, Sen. Sherrod Brown of Ohio said lawmakers should consider a variety of funding options to keep the trust fund operable. He also stressed that Congress has to move away from “an endless cycle of extensions” that keep the transportation system running.

The federal gas tax has remained at 18.4 cents per gallon since 1993. With the advent of more fuel-efficient vehicles and alternate fuel sources, the industry is exploring major changes to the highway funding formula as well as what roles the federal and state governments will play in the future.