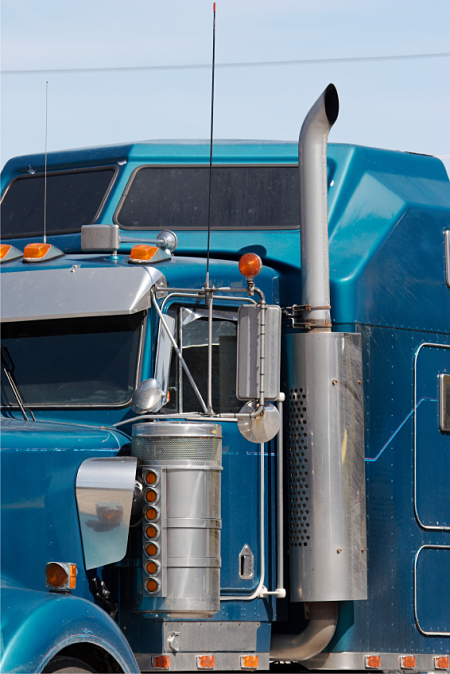 The U.S. Court of Appeals has ruled against the California Trucking Association (CTA) in an appeal involving the EPA’s rules over greenhouse gas (CHG) regulations affecting heavy trucks and light vehicles.

The court ruled that CTA and other participants in the case lacked standing to file an appeal and agreed with EPA’s position that relief from the rules would not result in lower heavy duty truck prices; the stated goal of CTA’s appeal.

“Specifically, EPA argues, petitioners have failed to demonstrate an injury in fact because their allegations are too vague or otherwise deficient, and they have failed to demonstrate causation and redressability because even were we to grant their petitions, they would still face the same higher prices for vehicles,” the court said. “We agree with EPA that they have shown neither causation nor redressability.”

The court added that this appeal – brought by the California Trucking Association, Delta Construction Co. and other firms – combined multiple challenges to the GHG “truck rule” as well as a “collateral attack” on the GHG car rule and claimed that as purchasers of new vehicles, they are harmed by the increased upfront costs attributable to the GHG standards.

In response to the ruling, the association said it plans to petition for a rehearing on the issue of standing.

The greenhouse gas emissions rule “really exposes the falsehood of EPA claims throughout the rulemaking process that it was working with all affected stakeholders,” said Joe Rajkovacz, a spokesman for CTA. “They were not. They were only focused on manufacturers and not any of the end users, the buyers of these trucks that ultimately pay the costs associated with the rulemaking.”

The group argued that it wasn’t fighting the state’s whole plan for meeting the EPA’s air quality standards, only the regulation that would force truckers to upgrade their trucks, and that therefore a rule trumping federal court jurisdiction over an EPA-approved plan wouldn’t apply, according to court records.

But the panel found that, while the truckers’ complaint didn’t challenge the EPA’s approval of California’s regulations on its face, it materially attacked a provision of the approved plan.

“Enjoining enforcement of the regulation by CARB would effectively nullify that provision of California’s state implementation plan, the court’s opinion said. “While the truck association had no ‘secret intent’ of challenging the EPA when it filed suit, and it does not now seek to prohibit the EPA’s enforcement of the plan, the practical, and therefore legal, effect of the truck association’s suit is to challenge both the EPA and the plan.”

The EPA sets national air quality standards for certain pollutants under the Clean Air Act, and each state implements those standards within its borders. Each state adopts and submits to the EPA for approval a state implementation plan that shows how it will meet the standards.

The Air Resources Board adopted the Truck and Bus Regulation in 2008 as part of its state implementation plan. The regulation covers California’s requirements for fine particulate matter and ozone, according to court records.

The regulation requires heavy-duty diesel trucks that pump out a significant amount of particulate matter and ozone pollution to be upgraded with pollution filters and lower-emission engines. It took effect in January 2012.

But in April 2011, the Dump Truck Owners Association filed a complaint in California district court contending the state’s regulation was preempted by the Federal Aviation Administration Authorization Act.

The first step in this process, not surprisingly, will be taken by the California Air Resources Board (CARB) where CARB is ordered to “update the Climate Change Scoping Plan to express the 2030 target in terms of million metric tons of carbon dioxide equivalent.”

The California Natural Resources Agency will then take the reins and identify a lead agency or group of agencies to lead climate adaptation strategies in various sectors. A combination of the California Energy Commission and the California Public Utilities Commission will lead the efforts in the energy sector.

Lead agencies in each sector must prepare an implementation plan by September 2015 and are due to report back to the California Natural Resources Agency with their respective actions by June 2016.