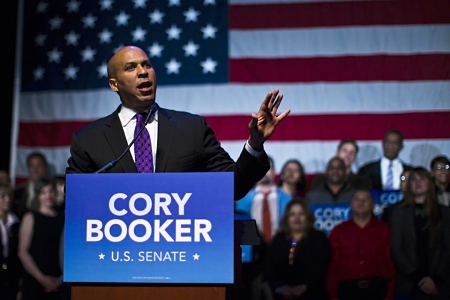 The Truck Safety Act (TSA) would reduce the number of crashes involving trucks, according to Booker.

“Truck drivers work extremely long days to deliver the goods we depend on and keep our economy moving, but too often this comes at the expense of their safety and the safety of other drivers,” Sen. Booker said. “We can significantly reduce the number of accidents on our nation’s highways by harnessing new technologies, and better protect victims of truck accidents by raising insurance minimums for trucks that haven’t changed in over 30 years. The Truck Safety Act will protect all drivers and make our nation’s highways safer.”

Booker is the top Democrat on the Senate Commerce Committee’s Subcommittee on Surface Transportation and Merchant Marine Infrastructure, which has jurisdiction over truck safety.

Provisions of the proposed legislation include the following:

Booker said that each year, a significant number of crashes occur on American roads involving commercial motor carriers. Each year, there are nearly 4,000 people killed and more than 100,000 people injured in crashes involving large trucks.

Despite overall decreases in fatalities on our highways, truck fatalities have remained relatively stagnant.

The American Trucking Associations (ATA), the trade group for the trucking industry, applauded some elements of the legislation and objected to others.

Rob Abbott, vice president of safety policy for the ATA, said the group supports the speed limit devices, which are already been considered by the Department of Transportation, and has backed other technologies proven to avoid collisions.

“We support mandates for devices that have proven safety benefits,” he said.

He also supported Booker’s call for studying the impact of long commutes on drivers.

“Solutions to driver fatigue can’t be focused solely on the hours they work,” he said.

As for the insurance provision, Abbott said there is no evidence showing the need to raise the minimums, and the current levels cover most accidents when the driver is responsible.

Safety advocates have come out in support of Booker’s bill. In a joint statement, Advocates for Highway and Auto Safety, the Truck Safety Coalition, Parents Against Tired Truckers, Citizens for Reliable and Safe Highways and the Consumer Federation of America said the bill “will move the bar to advance commercial motor vehicle safety.”

“With total tonnage of truck freight shipments predicted to increase by as much as 63 percent by 2040, requiring advanced crash avoidance technology in trucks is crucial,” the groups said in their statement.

The U.S. Department of Transportation is under renewed pressure to overhaul its key truck safety initiative after a 2014 study found the program’s safety metrics don’t always align with the real risk of accidents on the road.

According to the study, there is a significant disconnect between motor carrier “scores” issued under the DOT’s Compliance, Safety, Accountability program and the actual safety risks that cause crashes on American roadways. This disconnect, the trucking industry has said, unfairly pushes drivers out when motor carriers need them most and has become an unreliable factor in shippers’ carrier selection process.

In no uncertain terms, the independent review team behind the study recommended new rules for the program, as well as input from industry stakeholders who claim to have been unfairly assessed as a result of the original CSA metrics.