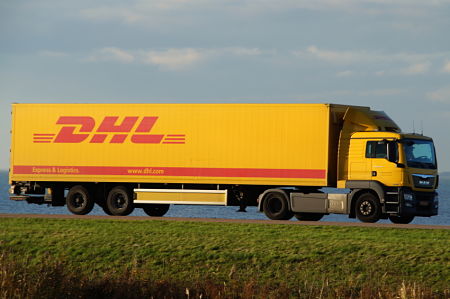 “Our new service offers customers who already do business in Mexico, or want to break into this market, the opportunity to have their goods picked up any day of the week via this new road freight solution,” said DHL’s Tim Robertson. “With Trans Border Connect, DHL offers lower supply chain costs and simplifies billing, as well as end-to-end shipment visibility and provides a single point of contact monitored by experts in its centralized control tower in Laredo, Texas,” he added.

Robertson said the service is being rolled out initially for transportation to and from five strategic markets in the U.S. and Mexico, with all border crossings at Laredo, Texas. In the U.S., shipments are available to and from Atlanta, Georgia; Dallas-Fort-Worth, Texas; Detroit, Michigan; Los Angeles, California; and Chicago, Illinois. In Mexico, shipments are available to and from Guadalajara, Mexico City, Monterey, Queretaro and San Luis Potosi.

DHL Global Forwarding has been operating in Mexico since 1969, and now that Mexico is the third largest trading partner of the U.S. and the second largest export market for U.S. products and services, DHL has launched the LTL bundled service. With Trans Border Connect, the company now offers coverage on regular routes with competitive pricing by providing an all-in flat fee per pound, eliminating multiple carrier bills and hand-offs by acting as a single-source provider for door-to-door surface moves. The company’s centralized control tower in Laredo, Texas, U.S. and Nuevo Laredo, Mexico has a team of 155 people who specialize in transportation between both countries.

Trans Border Connect is designed for all sectors and types of goods and services, with the exception of hazardous materials, textiles, toys, finished electronic items, personal goods, shoes, garments, pharmaceuticals and art work, but such goods can be quoted separately. The leading sectors currently using this service are the automotive, engineering, manufacturing and aerospace industries, among others.

According to the U.S. Bureau of Transportation Statistics, the number of trucks crossing the U.S.-Mexican border increased 2.9 percent year-over-year in the first quarter to 1.4 million, after rising 4.2 percent in 2014 to 5.4 million. The value of goods trucked across the border rose nine percent in the first quarter to $68 billion, after rising 9.1 percent to $266.8 billion in 2014.

“There is more complex manufacturing taking place and more goods coming from Mexico than what we’ve seen in previous years,” said Troy Ryley, managing director of logistics company Transplace de Mexico. The trend is tied to the increased reliance of U.S. manufacturers, especially automotive companies, on parts and components from Mexico.

DHL’s service launch comes as both the U.S. and Mexican governments are making it easier to pre-clear cargo coming from the Mexico side.

The U.S. and Mexican governments are close to finalizing the terms of two pilot projects that will permit American customs agents to pre-clear goods on Mexican soil before they are carried into the U.S., according to a Rep. Henry Cuellar, D-Laredo.

Backers hope the pilot projects will demonstrate to Congress that an expansion of the program will allow shippers to get cargo faster across the border without sacrificing security. In April, Mexico’s Chamber of Deputies agreed to loosen restrictions on armed foreign agents operating on Mexican soil, paving the way for long-stalled pilot projects in Otay Mesa, California, and San Jeronimo, Mexico.

At the Otay Mesa Port of Entry, the second-busiest commercial port on the border, customs agents from both countries will work in tandem under the same roof to inspect and pre-clear fruits and vegetables. The lifting of the weapon ban will also allow U.S. Customs agents to pre-clear shipments of Dell computers and other electronics leaving a Foxconn factory in San Jeronimo to cross the New Mexico border.