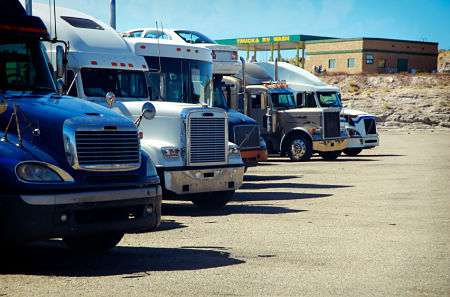 USDOT, citing results from a national survey, is calling for the creation of a coalition of groups to address the truck parking shortage problem and help find targeted solutions.

USDOT surveyed state departments of transportation and found that in half of the states surveyed truckers were being forced to park on freeway interchange ramps and highway shoulders, which represents a safety hazard.

“We know truck parking has been a longstanding problem in our nation – we need new approaches to fix it,” said U.S. Deputy Transportation Secretary Victor Mendez. “Now more than ever, this country needs better planning, investment and involvement of all those who have a stake in safe truck parking.”

“Without truck drivers, America’s businesses would suffer and the economy would come to a halt,” said Federal Highway Administrator Gregory Nadeau. “They deliver the goods and products we use every day, and are critical to freight movement in our country.”

Administrator Nadeau emphasized the Administration’s plan to address the infrastructure deficit with a $478 billion, six-year surface transportation reauthorization proposal, the GROW AMERICA Act, which would provide $18 billion over six years for targeted investments in freight. This new funding for transportation could be used to construct or expand truck parking facilities and deploy tools for commercial motor vehicle drivers to find safe, available places to park and rest.

“Highway safety depends in part on making sure hardworking, professional truck drivers have a safe place to recuperate after spending hours on the road,” said FMCSA Acting Administrator Scott Darling. “We at FMCSA are committed to addressing this shortage of safe and convenient truck parking for the drivers who do so much to advance our economy.”

The “Moving Ahead for Progress in the 21st Century” Act (MAP-21) required the USDOT to conduct the survey to determine if adequate parking is available for truck drivers based on the level of commercial traffic in the state. Along with state departments of transportation, the USDOT surveyed safety officials, truckers and truck stop operators, and other trucking industry stakeholders.

The Department’s findings in the “Jason’s Law Truck Parking Survey Results and Comparative Analysis” show most states reported having truck parking shortages occurring at all times of the day on every day of the week. The analysis includes a discussion of the factors that can influence truck parking and offers ways to improve the measurement of the truck parking problem, including the collection of data on supply and demand, congestion and safety.

Drivers reported parking challenges most in the Mid-Atlantic, East-North Central area, New England and Southeast. The top five corridors reported by drivers to be short on parking are I-95, I-40, I-80, I-10 and I-81.

Fewer spaces were found in major metro areas. The FHWA report could not determine the reasoning behind the shortage, citing possible explanations of driver preference and zoning/land availability issues. Private truck stops indicated that getting city approval for new locations has been an issue across the country.

A total of 37 states stated they had a problem with commercial vehicle parking. A breakdown of specific areas reveals a major issue with public rest areas:

States are seeking more data to understand the needs of stakeholders and what options may be available.

Over the coming months, the USDOT and National Coalition on Truck Parking will engage in a dialogue with state and local governments, law enforcement and the trucking and business communities to work together to advance truck parking solutions to meet the needs of the nation’s truck drivers.