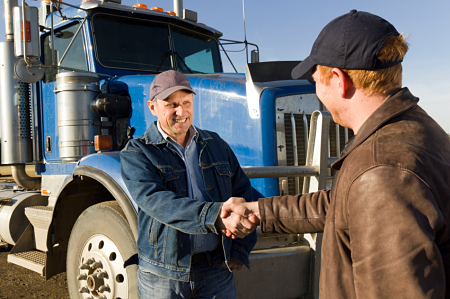 Operational costs for truckers ticked up slightly in 2014 when compared to 2013 findings, according to findings released by the American Transportation Research Institute (ATRI).

The 2015 update to An Analysis of the Operational Costs of Trucking, using financial data provided directly by motor carriers throughout the country, documents and analyzes trucking costs from 2008 through 2014. The research provides motor carriers with a high level benchmarking tool, and government agencies with a baseline for future transportation infrastructure improvement analyses.

The average marginal cost per mile in 2014 was $1.70, an increase from the $1.68 found in 2013. Despite falling fuel prices, the rise in average operating costs in 2014 is attributed to an increase in equipment purchases, as well as driver wage increases driven by the ongoing driver shortage and the need to retain the industry’s most experienced professional drivers.

“ATRI’s release of its annual Operational Costs of Trucking research is among our association members most eagerly anticipated. They understand and appreciate the value of ATRI’s operational cost analysis to their own fleet benchmarking and as such, are always willing participants when ATRI issues its call for cost data,” said Brenda Neville, President and CEO of the Iowa Motor Truck Association and a member of ATRI’s Research Advisory Committee.

Since its original publication in 2008, ATRI has received nearly 10,000 requests for its Operational Costs of Trucking report, which continues to be among the most popular of ATRI’s research studies. In addition to average costs per mile, ATRI’s report documents average costs per hour, cost breakouts by industry sector, and operating cost comparisons by region of operations.

The ATRI findings come as some in Washington are trying to allow larger and heavier trucks on U.S. highways.

“While this provision attempts to improve trucking productivity on our highways, it clearly would only benefit a minority of the industry,” wrote TCA Chairman Keith Tuttle and policy committee chair Jim Towery.

TCA says the truck retrofits would up to $25,000 per tractor-trailer and would “yield little to no return” for a large majority of U.S. carriers. Carriers likely wouldn’t see rate increases with 91,000-pound loads, says TCA, but all carriers would face “market pressure” to equip their entire fleets with the necessary upgrades to haul heavier loads.

“TCA urges you to reconsider this proposal and find a freight productivity solution that will help to support all segments of an industry that has proven to be the backbone of the U.S. economy,” TCA wrote in a letter to Ribble.

“H.R. 3488 would improve options for enhancing productivity,” wrote Gary Petty, president and CEO of NPTC. He stressed that the association “would not support this legislation if our members thought that it might diminish safety or harm highway or bridge infrastructure.”

The House Transportation and Infrastructure Committee is working on a long over-due transportation bill. Rep. Ribble hopes his SAFE Trucking Act will become part of the larger bill.

Congress passed a three-month extension of highway funding authorization before the summer recess but it will run out on Oct. 29. The Senate passed a $50 billion, six-year highway bill in late July but the House has yet to act.

If Congress cannot come to terms on highway funding, it will have to consider another short-term extension.

“Is it fiscally responsible to place the cost of paying for three years of transportation investments on the backs of our children and grandchildren?”