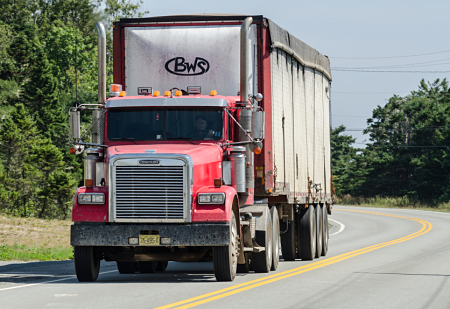 A national shortage of truck drivers that will rise to 50,000 by the end of the year is resulting in higher pay for drivers as the industry tries to retain existing drivers and attract new ones, according to the American Trucking Associations (ATA).

According to the Labor Department, the median annual salary for truck drivers is roughly $40,000. Private fleet drivers, such as those who drive for Wal-Mart, average $73,000, according to ATA.

ATA Chief Economist Bob Costello says trucker compensation has been rising 8-12 percent annually in recent years at a time when most U.S. wages have been flat.

There are an estimated 1.6 million truck drivers in the U.S. and the driver population is aging. Unfortunately for the industry, there is not a strong reserve of younger drivers waiting in the wings to take their place.

Trucking firms have turned to higher wages, signing bonuses and other perks to attract new drivers to the industry.

Satellite television in rigs and updated facilities at truck stops are part of an overall effort by the industry to increase the appeal for drivers.

U.S. Xpress was one of the first trucking firms to significantly raise pay when the shortage started taking a toll on the company’s ability to deliver the goods.

COO Eric Fullers says his company will have to continue to offer more to keep and attract drivers. And those higher costs will be passed on to retailers, grocers and other shippers – eventually landing on American consumers.

ATA believes the driver shortage and consequently higher wages will continue to rise for the foreseeable future as the industry grapples with not having enough drivers to pilot the rigs.

Efforts to recruit more female drivers as well as veterans are being made.

The industry faces a shrinking pool of job applicants and even fewer who are qualified.

ATA’s own analysis reports the vast majority of applicants — 88 percent in 2012 — “were simply not qualified,” the report said.

ATA also says in the report the industry will need to hire on average 89,000 a year for the next 10 years to battle the shortage. The bulk of that annual 89,000, about 45 percent, ATA says, would be to replace retiring drivers.
For those who can find a niche in the industry, there is an opportunity.

In 2014, truck drivers who were owner-operators had a record year for net income, according to financial services firm ATBS.

ATBS says leased operators and independents together cleared an average $56,167 during 2014. That’s seven percent above the 2013 average, $52,406. Strong freight demand, a driver shortage and plunging diesel prices contributed to the increase.

The 2014 total “is $2,000 higher than we predicted and most of it comes from the fourth quarter fuel cost reduction,” says Todd Amen, ATBS president and CEO. “All segments had a really good year.” Net income for independents and flatbedders topped $60,000. Independents’ income showed the biggest gain over the year, 8.7 percent. Flatbed haulers, however, experienced virtually no change in income in 2014.

“Most of the independent contractors operating in the independent and flat markets are on percent of load type programs, so their pay adjusts quicker,” said Amen. “The independents are certainly more in the spot market as well. So these two segments reflect a really good freight market last year. They have higher highs in good times and lower lows in bad times, more volatile than the other segments.”

Klemp said falling fuel prices helped owner-operator earnings in two ways. One is owner-operators receiving less than a 100 percent fuel surcharge pass-through have seen their share of fuel costs dropping proportionately. The other is that because surcharges are adjusted weekly after the U.S. Department of Energy releases its average fuel prices, a surcharge will overcompensate an owner-operator as long as prices continue to fall during the week.

Sign-on bonuses have been stable in recent months, Klemp says. The mid-point is $3,000 to $6,000, with the top tier $6,500 or more. Team bonuses remain very strong, and he has seen them as high as $15,000. Many fleets use bonuses selectively by region, to meet demand, and often keep high bonuses in place only briefly.