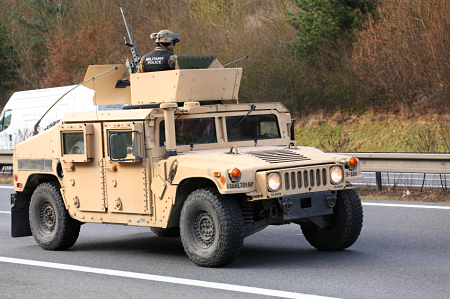 “We support job opportunities for veterans who have served our country, but not only because it is the right thing to do, it also makes good sense,” said U.S. Transportation Secretary Anthony Foxx. “One of the most important, fastest growing employment sectors is for qualified commercial vehicle drivers and Veterans bring invaluable experience to the industry and can enter the workforce quickly.”

“We doubled the amount we have previously provided through this grant program because of the important role qualified commercial truck and bus drivers hold in moving our economy forward,” said FMCSA Acting Administrator Scott Darling. “The men and women who complete these commercial driver training programs also serve our country in a vital way by making safety their top priority every mile, every day.”

The 2015 FMCSA grants will provide training for hundreds of new students. The awards were made to the following organizations:

In July 2014, FMCSA announced that the Military Skills Test Waiver Program had been expanded to all 50 states and the District of Columbia.

Under this program, state licensing agencies have authority to waive the skills test portion of the CDL application for active duty or recently separated veterans who possess at least two years of safe driving experience operating a military truck or bus. Waiving the skills test expedites the civilian commercial drivers licensing application process and reduces expenses for qualified individuals and operating costs to state licensing agencies.

One example of the emphasis on hiring veterans is FASTPORT, which matches job candidates with trucking jobs.

“We are thrilled to partner with FASTPORT to leverage their industry expertise and leadership in educating Veterans about the trucking industry’s wide variety of career opportunities,” said Bill Deutch, CEO of Hiring America, a television program which is now seen on 195 TV stations across the nation and on the American Forces Network. “We will literally be connecting thousands of Veterans to quality jobs in the trucking industry.”

FASTPORT – in partnership with the U.S. Chamber of Commerce Foundation’s Hiring Our Heroes Program –developed the Trucking Track Mentoring Program as the on-ramp for Veterans and transitioning military into great careers with leading trucking industry employers.