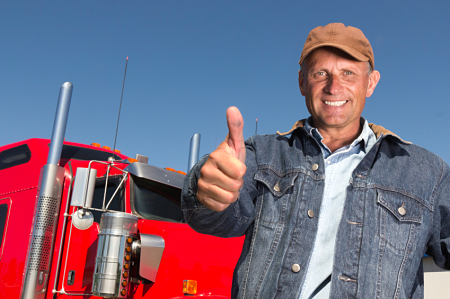 A recently released national poll finds that a majority of Americans hold the trucking industry in high regard.

The poll, conducted by Public Opinion Strategies for the American Trucking Associations, surveyed 800 registered voters on their attitudes about politics, the trucking industry and the state of infrastructure.

“Our industry invests more than $7 billion each year in safety tools, technologies and practices, and this poll tells us those investments are working,” said ATA President and CEO Bill Graves. “Americans believe trucks move the most freight and that our drivers are safe and getting safer. Those facts beliefs are not just correct; they are important to keep in mind when debating important safety issues.”

Among the poll’s findings were:

The poll also addressed the issue of speeds and speed limits, finding that:

“Safety is our industry’s most important calling,” said outgoing ATA Chairman Duane Long, chairman of Longistics, Raleigh, N.C. “I’m pleased that so many of my fellow Americans think so highly of our safety record, but we should not be satisfied. We need to do more to not only improve our safety record, but to tell people about it.”

The high poll numbers could be at least partially attributed to a trucking industry image campaign being conducted by the Trucking Moves America Forward (TMAF) group, which is funded by industry members.

Now in its second year, TMAF is dedicated to creating a positive image for trucking and is reaching its fundraising and advocacy goals.

TMAF, whose members include several trucking associations as well as motor carriers and industry suppliers, seeks “to ensure that policymakers and the public understand the importance of the trucking industry to the nation’s economy, and to build the political and grassroots support necessary to strengthen and grow the industry in the future.”

The group reports it has secured $750,000 toward this year’s goal of $1 million in fundraising. That include a $100,000 pledge from the American Trucking Associations, which matched its donation for last year.

TMAF Chairman Steve Ponder, vice president of Great West Casualty Co., said that along with the raising funds, this year the group is also engaged in supporting both federal and state advocacy efforts on behalf of trucking as well as seeking to more directly “engage” trucking companies and suppliers in promoting a positive image for the industry.

Ponder said the group is working to leverage social media to tell trucking’s story to as wide an audience as possible. “We want to tap into the social networks of trucking companies, drivers and suppliers because research shows that knowledge of trucking grows exponentially when people know someone in trucking,” he pointed out. “Trucking has a great story to tell and we are happy to help tell it.”

Recently, the group put together a two-month ad campaign designed specifically “to encourage Congress to pass a long-term highway bill” and a “Washington Top News” drive-time radio program for two months aimed at members of Congress and their staffs, according to ATA Senior Vice President of Communications Elisabeth Barna.

TMAF co-chairman Kevin Burch, president of Jet Express, reported that the group’s goal of “wrapping” 100 trailers with special graphics is moving along with 30 units completed so far.

The wraps cover the two sides and rear of a trailer and dramatically present a “rolling billboard” TMAF industry message and the company’s logo. The installed cost of each wrap is $2,300, Burch noted.