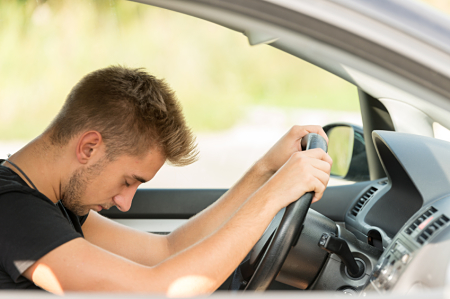 Rosekind said NHTSA needs better data to measure the problem and increase awareness on the topic.

A former NASA scientist, Rosekind is considered an expert on human fatigue. He is a former member of the National Transportation Safety Board.

Rosekind said the need for better data comes from the lack of hard evidenced on sleep-related crashes. Unlike alcohol-related crashes, no blood, breath, or other measurable test is available to measure sleepiness at the crash site. But some factors are often present: the crash occurs late at night, early morning or midafternoon, the crash is likely to be serious and often involves a single vehicle leaving the roadway. Sleep-related crashes often occur on high-speed roads with a single driver that doesn’t attempt to avoid a crash.Rosekind plans to work with states to define legal and enforcement strategies as well as how best to create awareness in the general public.

“We’re going to develop strategies specifically targeting populations especially vulnerable to drowsy driving,” Rosekind said. “And we’re going to comprehensively examine the role that driver aids, in the car and outside of it, can play — everything from high-tech solutions like computer algorithms that detect when you’re getting sleepy behind the wheel, to old standbys like rumble strips on the road.”

A recent survey by the American Automobile Association Foundation found that 41 percent of drivers admit to having fallen asleep or nodded off while driving at some point in their lives.

The National Highway Traffic Safety Administration estimates that each year drowsy driving is responsible for at least 100,000 collisions, 71,000 injuries, and 1,550 fatalities.

Technology may well have the answer to the problem.

“A few technologies such as Integrated Safety Systems, Lane Departure Warning, and Blind Spot Detection systems are expected to experience the highest growth with driver monitoring and crash avoidance gaining importance among fleets in coming years,” said Senior Research Analyst Lakshmi Narayanan. “In addition to reducing the crash risk, factors such as system reliability, fuel consumption reductions, critical event reporting and use of actionable data from such systems are encouraging fleets to install safety systems.”

Daimler Trucks, now testing an autonomous truck in Nevada, says initial research findings show that autonomous driving relieves the strain of truck drivers. Measurements of brain currents (EEG) demonstrated that driver drowsiness decreases by about 25 percent when the truck is being operated in autonomous mode, and the driver can pursue other meaningful operations. The studies also prove a high acceptance of the Highway Pilot technology.

“We are concentrating on our strengths when it comes to efficiency, safety and connectivity, and thereby sustainably securing our technological leadership. We remain best-in-class when it comes to lowering real cost of ownership and are highly valued by our customers,” said Martin Daum, president and chief executive of Daimler Trucks North America.

Volvo has conducted research on facial recognition software using sensors and LEDs that shine infrared light on the driver’s face to see if drivers are falling asleep. It also uses head position and angle to predict if a driver will fall asleep.

Volvo Trucks’ Accident Research Team in Europe indicates that 90 percent of all truck safety incidents are due entirely or partly to human error. By 2020, however, more than 35 million trucks globally will be connected, and collision-avoidance technologies that could help eliminate cyclist and pedestrian deaths caused by driver ‘blind-spots’ are likely to be required in many markets by law.

“Volvo Trucks’ goal of zero collisions drives the advancement of future safety systems,” said Spence. “We will continue to develop and refine next-generation safety systems to support the truck driver’s operation of the vehicle.”