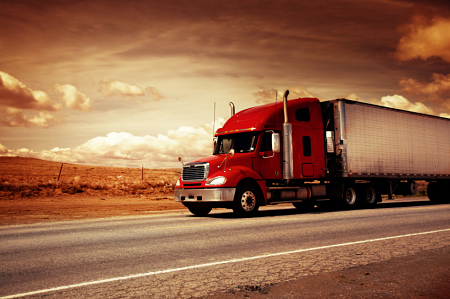 The U.S. House of Representatives overwhelmingly passed a highway bill on Nov. 5, setting up negotiations with the Senate in an effort to pass the first long-term congressional highway bill in a decade.

Democrats complained bitterly about a decision by House Republicans to block a vote on a controversial amendment that would have raised the 18.4-cents-per-gallon federal gas tax, which directly funds transportation projects, by 15 cents.
Transportation advocates hailed the House’s passage of the highway bill.

“This legislation is a worthwhile effort by House leaders to fulfill their pledge to pass a long-term highway bill this fall,” Slater continued. “Congress is now on the cusp of a major victory for American manufacturing. AEM will work tirelessly in the coming weeks to urge House and Senate leaders to expeditiously reconcile the differences between their two bills.”

Bud Wright, executive director of the American Association of State Highway and Transportation Officials (AASHTO), said that with House passage “the momentum is there” for Congress to soon complete the first long-term authorization in a decade.

Executives from state departments of transportation have repeatedly said long-term stability of federal program funding is crucial to the state DOTs being able to efficiently plan and finance infrastructure projects they need to build.
Wright highlighted the importance of a major infrastructure bill to the nation.

“Congress has an opportunity to build muscle for the American economy by passing a multiyear bill that provides stable, long-term funding and sensible reforms designed to meet the vast needs of our aging highway, transit and rail systems.”

“The roadmap laid out by this legislation is a good one for highway safety and efficiency,” said Graves. “We’re pleased the bill clamps down on the expansion of tolling and establishes a dedicated freight fund – two positive steps not just for trucking, but for consumers, shippers and the economy.

“In addition, the safety reforms – from making necessary changes to the CSA safety monitoring system to allowing hair testing as part of the DOT testing program, and limited interstate access to younger commercial drivers – included in this bill are also important steps forward for our industry,” he added.

“A safe, efficient network of roads, bridges, and public transit means that we spend less time in traffic, transportation costs for goods and services remain lower, and more jobs are created throughout the economy,” he said. “That’s what this bill does in a way that I believe ensures a strong and appropriate federal role in surface transportation, enables our country to remain competitive, and improves Americans’ quality of life.”

The Congressional Budget Office (CBO) has estimated it will take about $100 billion, in addition to the annual gas tax revenue, to pay for a six-year transportation funding bill, which is the length being sought by the Obama administration and transportation supporters.

Both chambers’ highway bills would maintain the federal government’s current spending level of about $50 billion per year for transportation projects, adjusted for inflation. To reach that level of spending, however, Congress will have to come up with approximately $16 billion per year to supplement revenue from the federal gas tax.

Democrats in the House and transportation advocates in Washington have pushed for an increase in federal infrastructure spending through either a gas tax increase or an infusion of cash from taxing oversees corporate profits.

They have both lamented the repeated temporary highway funding patches that have been passed by Congress in recent years as lawmakers search for way to pay for roads without asking drivers to pay more at the pump.