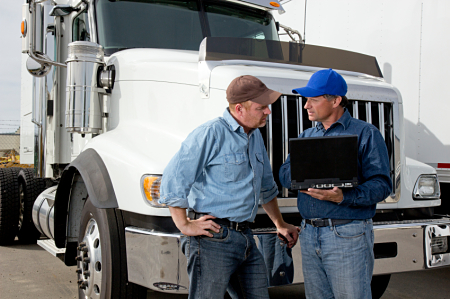 The truck driver shortage in the United States has reached an estimated 48,000 drivers and could expand even further according to an analysis by the American Trucking Associations (ATA).

Trucking firms have responded by raising average pay 17 percent since the end of 2013, according to the National Transportation Institute.

Firms have also reached out to military veterans and women as potential driver pools to fill the gap in the driver pool.

The top reasons: independence and respect.

“Having had the opportunity to meet with executives and rank-and-file employees, including drivers, at many large and small fleets around the country, I’ve been able to inquire about turnover and retention,” said Lance Platt, CEO of EpicVue. “What is most interesting is how closely correlated turnover rates are to the culture of an organization.”

Platt said EpicVue’s survey began by asking fleets what percentage of their drivers have been with them less than a year, 1-5 years, 5-10 years, and more than 10 years.

“While most fleets are heavily weighted toward the shorter end, they often have good reasons if they’re expanding or hiring students,” Platt said. “Fleets with really good driver longevity, however, were able to provide ideas that seem to work well in generating higher-than-average loyalty.

“For example, one company regularly polls drivers for ideas and feedback and has created a number of new programs out of those ideas, and another had drivers help them refine a performance management scorecard. In other instances, a company reported it is providing every driver with a company e-mail address along with an iPhone so they can stay in touch with colleagues and family, and one more sends all of its managers to ethics and leadership training to ensure drivers get a consistent message.”

EpicVue’s survey asked drivers how much they trusted their company and whether they feel the company is interested in their welfare.

“The survey results provide a picture of how comfortable drivers feel at a company, which reflects how much they feel they’re respected and valued by the organization,” Platt said. “Every fleet claims they treat drivers like family and have great relationships as a result, but the answers to these questions often tell a different story.”

As part of its research, EpicVue interviewed 270 over-the-road drivers at truck stops to find out what leads to loyalty. Drivers ranged in age from 20-50, had an average tenure of 5.7 years and spent an average 2.6 weeks away from home per trip.

“The findings indicate that independence (26 percent) is what drivers enjoy most about their job,” Platt reported. “In addition, the best aspect of a fleet for the drivers surveyed is a company they view as respectful, friendly, understanding and kind (37 percent). In terms of practices that create loyalty, one third cited companies that listen to suggestions, followed by incentives and benefits (25 percent).”

EpicVue provides in-cab satellite television for drivers and it is rapidly becoming a major perk for drivers.

In addition to satellite television, many firms are now equipping their drivers with enhanced technology to help them stay connected with family and friends.

Boyle Transportation gives new hires an iPhone with a company e-mail address. Others give drivers a tablet, pre-loaded with useful apps and programs and in-cab Wi-Fi is another hot item.

“It’s kind of like an electronic flight bag,” said Mark Murrell of Carriers Edge. “It’s a very interesting idea and I expect to see more of that in the next couple years.”