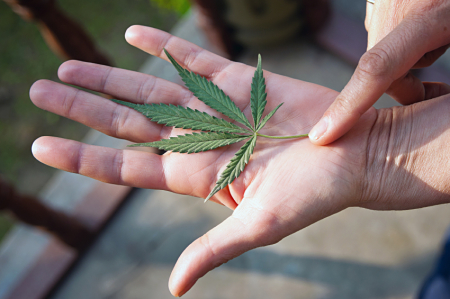 The National Transportation Safety Board (NTSB) has asked the federal Motor Carrier Safety Administration (FMCSA) to explore testing for synthetic marijuana after a crash claimed four lives in Texas.

The NTSB is calling for FMCSA to determine how prevalent the use of impairing substances, especially synthetic marijuana, is among commercial motor vehicle drivers.

In a second recommendation, the NTSB wants the FMCSA to work with trucking industry stakeholders to create a plan for helping carriers address their drivers’ use of impairing substances, including substances that are not covered under current drug-testing guidelines.

According to the National Institutes of Health (NIH), synthetic cannabinoids are included in a group of drugs called “new psychoactive substances” (NPS). NPS are unregulated psychoactive (mind-altering) substances that have become newly available on the market and are intended to copy the effects of illegal drugs. Some of these substances may have been around for years but have reentered the market in altered chemical forms or due to renewed popularity.

Manufacturers sell these herbal incense products in colorful foil packages and sell similar liquid incense products, like other e-cigarette fluids, in plastic bottles. They market these products under a wide variety of specific brand names; in past years, K2 and Spice were common. Hundreds of other brand names now exist, such as Joker, Black Mamba, Kush, and Kronic.

For several years, synthetic cannabinoid mixtures have been easy to buy in drug paraphernalia shops, novelty stores, gas stations, and through the Internet. Because the chemicals used in them have a high potential for abuse and no medical benefit, authorities have made it illegal to sell, buy, or possess some of these chemicals. However, manufacturers try to sidestep these laws by changing the chemical formulas in their mixtures.

So far, there have been few scientific studies of the effects of synthetic cannabinoids on the human brain, but researchers do know that some of them bind more strongly than marijuana to the cell receptors affected by THC, and may produce much stronger effects. The resulting health effects can be unpredictable.

Because the chemical composition of many synthetic cannabinoid products is unknown and may change from batch to batch, these products are likely to contain substances that cause dramatically different effects than the user might expect.

Synthetic cannabinoid users report some effects similar to those produced by marijuana:

According to NTSB, four members of the North Central Texas College softball team lost their lives when a truck driver lost control of his vehicle due to incapacitation stemming from his likely use of a synthetic cannabinoid.

The driver, who had a documented history of drug use, was operating a truck-tractor with a semitrailer northbound on I-35 near Davis, OK. After negotiating a slight rightward curve, the truck departed the left lane, continued across the 100-foot-wide median, and traveled more than 1,100 feet before striking the medium-size bus in the southbound lane of I-35.

Federal law prohibits commercial motor vehicle drivers from operating a vehicle while impaired. However, federal regulations require testing for only a few impairing substances. This crash investigation highlights the challenges that employers and law enforcement face in detecting driver use of impairing substances for which testing is not required.

“Motor carriers need to know about this emerging class of drugs, and they need better tools to detect driver impairment,” said NTSB Chairman Christopher A. Hart.

As a result of the investigation, the NTSB issued recommendations addressing impairing substances that are not tested for under federal regulations.

Contributing to the severity of the crash was the fact that, although the bus was equipped with seat belts in all seating positions, none of the passengers wore the restraints. Furthermore, the bus driver failed to implement the college’s policy requiring passengers to wear seat belts. Had the seat belts been properly worn, they would probably have prevented ejections and reduced overall injuries.

Also as a result of the investigation, the NTSB called upon states to require seat belt use for all vehicle seating positions that are equipped with belts. “Buckling up can save your life, whether you are in a car, a truck, or riding in a bus,” Chairman Hart said.