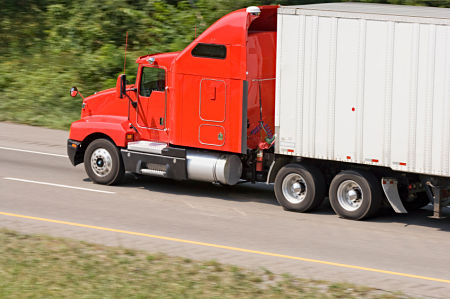 “This rule has the potential to have the single largest, most negative impact on the industry than anything else done by FMCSA,” said Jim Johnston, OOIDA president and CEO. “We intend to fight it with everything we have available.”

FMCSA announced the final rule Dec. 10. The rule mandates the use of electronic logbooks for all interstate commerce in trucks that are model year 2000 and newer.

OOIDA has previously challenged a similar mandate in the courts. In August 2011, the U.S. Court of Appeals for the 7th Circuit vacated a proposed electronic logbook rule based on the argument of harassment of drivers.

The Petition for Review that OOIDA has filed this time does not outline the arguments that will be used to challenge the final rule. Arguments will be provided in subsequent filings and during oral arguments in front of the court.

“This regulation is absolutely the most outrageous intrusion into the rights of professional truckers imaginable and will do nothing at all to improve highway safety. In fact, we firmly believe it will do exactly the opposite by placing even more pressure and stress on drivers than they already deal with,” Johnston said.

In announcing the final rule on Dec. 10, FMCSA said the new rule will improve roadway safety by employing technology to strengthen commercial truck and bus drivers’ compliance with hours-of-service regulations that prevent fatigue.

“Since 1938, complex, on-duty/off-duty logs for truck and bus drivers were made with pencil and paper, virtually impossible to verify,” said U.S. Transportation Secretary Anthony Foxx. “This automated technology not only brings logging records into the modern age, it also allows roadside safety inspectors to unmask violations of federal law that put lives at risk.”

The Final Rule requiring the use of electronic logging devices (ELD) will result in an annual net benefit of more than $1 billion – largely by reducing the amount of required industry paperwork, according to FMCSA. It will also increase the efficiency of roadside law enforcement personnel in reviewing driver records. Strict protections are included that will protect commercial drivers from harassment.

On an annual average basis, the ELD Final Rule is estimated to save 26 lives and prevent 562 injuries resulting from crashes involving large commercial motor vehicles.

“This is a win for all motorists on our nation’s roadways,” said FMCSA Acting Administrator Scott Darling. “Employing technology to ensure that commercial drivers comply with federal hours-of-service rules will prevent crashes and save lives.”

Federal safety regulations limit the number of hours commercial drivers can be on-duty and still drive, as well as the number of hours spent driving. These limitations are designed to prevent truck and bus drivers from becoming fatigued while driving, and require that drivers take a work break and have a sufficient off-duty rest period before returning to on-duty status.

The four main elements of the ELD Final Rule include:

The ELD Final Rule permits the use of smart phones and other wireless devices as ELDs, so long as they satisfy technical specifications, are certified, and are listed on an FMCSA website. Canadian and Mexican-domiciled drivers will also be required to use ELDs when operating on U.S. roadways.

Motor carriers who have previously installed compliant Automatic On-Board Recording Devices may continue to use the devices for an additional two years beyond the compliance date.