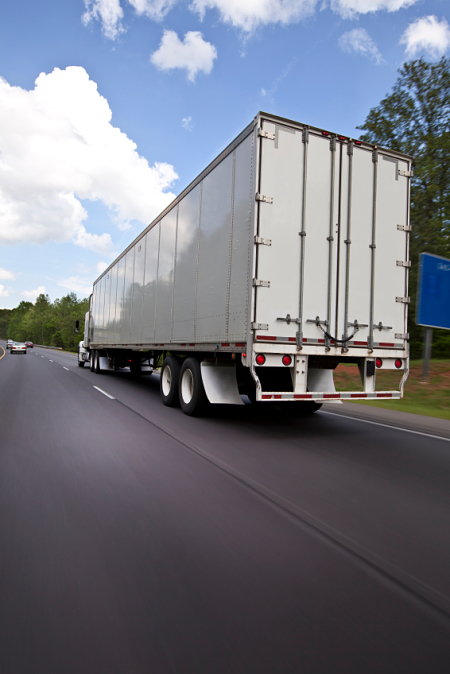 The National Highway Traffic Safety Administration (NHTSA) issued a notice of proposed rulemaking in December that focuses on upgrading the federal motor vehicle safety standards that address underride protection in light-vehicle crashes into the rear of trailer and semitrailers.

“A key component of DOT’s safety mission is ensuring that trucking, an essential element in our transportation system, operates not just efficiently, but safely,” U.S. Transportation Secretary Anthony Foxx said. “Today’s proposal is another important step in that effort.”

NHTSA estimates that many new trailers sold in the United States subject to FMVSS Nos. 223 and 224 demonstrate compliance with the more stringent performance requirements under consideration.

NHTSA estimates, on average, that the annual incremental material and fuel cost would be $13 million to ensure that all applicable future trailers and semitrailers in the U.S. fleet will be built to the more rigorous standards.

“Robust trailer rear impact guards can significantly reduce the risk of death or injury to vehicle occupants in the event of a crash into the rear of a trailer or semitrailer,” said NHTSA Administrator Mark Rosekind. “We’re always looking at ways to safeguard the motoring public, and today’s announcement moves us forward in our mission.”

Rear underride crashes are those in which the front end of a vehicle impacts the rear of a generally larger vehicle, and slides under the rear-impacted vehicle. For example, underride may occur in collisions in which a small passenger vehicle crashes into the rear end of a large trailer and the bed and chassis of the impacted vehicle is higher than the hood of the impacting passenger vehicle.

The occupant crash protection features built into today’s passenger vehicles are able to provide high levels of occupant protection in 35 mph frontal crashes. These rules would require trailer and semitrailer guards to remain in place and prevent PCI in crashes of severities of up to 35 mph versus the current requirement of up to 30 mph.

NHTSA will accept public comment for 60 days before issuing a final regulation. About 93 percent of the truck trailers currently sold in the U.S. will meet the new requirements, NHTSA said. The incremental costs for equipping new trailers with stronger guards will be about $229.

“While we are still reviewing today’s announcement, underride guards like the ones envisioned by NHTSA’s proposal have been in use in the U.S. and manufactured here for some time,” said Sean McNally, a spokesman for the American Trucking Associations (ATA). “While we believe the best underride guard is still the one that doesn’t need to be used, ATA is optimistic this proposal will be a step forward for highway safety.”

The Arlington, Virginia-based Insurance Institute for Highway Safety petitioned NHTSA for a stronger underride standard in 2001, after testing bars on trailers built by three companies to federal standards. Cars with crash-test dummies slammed into the bars, which buckled or broke in several tests. The trailers often broke through the windshields.

Safety groups have questioned whether NHTSA’s analyses are picking up all of the relevant deaths in underride crashes. The agency seems to be “significantly underestimating the benefits of an improved rear guard,” said John Lannen, executive director of the Truck Safety Coalition.