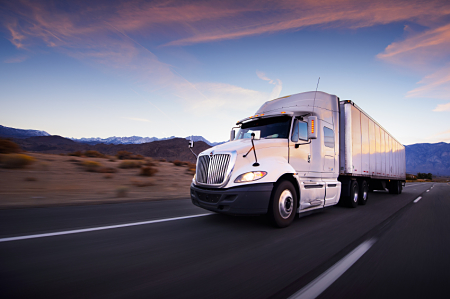 Truck maker Navistar is negotiating a settlement with the Securities and Exchange Commission (SEC) over a January 2015 legal action against the company.

Navistar said the agency’s staff recommended acceptance of its settlement offer, but it released no details, noting that the offer hasn’t been formally approved by the SEC.

The Lisle, Ill., company’s offer wouldn’t require it to admit or deny any wrongdoing, it said in a regulatory filing, and the company has set aside an undisclosed amount to cover a civil penalty.

“We have reached an agreement with the staff of the SEC that will end their investigation,” said Steven Covey, Navistar’s general counsel, during a conference call with analysts. “Beyond that, we’re, not making any announcement right now.”

The company still faces lawsuits from customers and regulators.

The company had maintained for years that its diesel truck engines would be able to comply with the U.S. Environmental Protection Agency’s tougher standard for smog-causing emissions.

The SEC field a subpoena enforcement action in the U.S. District Court for the Northern District of Illinois last January as part of an investigation that Navistar had made possibly fraudulent statements regarding a certificate of conformity with the EPA.

Navistar certified that the company’s engines complied with certain provisions of the Clean Air Act.

Navistar submitted a number of documents to the EPA but also redacted and withheld other documents on privilege grounds. The SEC is challenging Navistar’s privilege assertions. The SEC is seeking an order from the federal district court to compel Navistar to produce the documentation as requested.

Navistar has endured heavy losses in recent years as it tries to recover from the costly switch in treatment systems and widespread performance problems with Navistar engines built from 2010 to 2012.

Navistar’s share of the North America heavy-duty truck market has fallen by about half since 2012. Navistar now uses the same treatment system as rival truck makers. But low resale values for trucks featuring the old system have forced Navistar to buy back thousands of its older trucks to sell new models to trucking companies.

The company’s truck business and overseas operations reported losses as lower sales of heavy-duty trucks in North America and the end of a truck-building partnership with Ford Motor Co. contributed to lower revenue.

Although the company has recovered some of its lost market share in medium-duty trucks and school buses, Navistar’s share of the retail market for heavy-duty trucks in North America remains stuck below 13 percent. Navistar didn’t offer a market share target for 2016.

Despite industry forecasts for falling demand for heavy-duty trucks in 2016, CEO Troy Clarke said he is encouraged by the recent customer interest in Navistar’s big rigs.
“Last year, we may have sold somebody 25 trucks. This year, we’re selling that same customer 300 or 400 units,” he said.

The company also said it anticipates adjusted earnings before interest, taxes and other items this year of between $600 million and $700 million, compared with $660.4 million estimated by analysts.

Navistar is hopeful a September agreement with General Motors will help the company recover.

On Sept. 30, the two companies announced they had reached a long-term agreement to develop and assemble future medium-duty, conventional cab Class 4/5 commercial vehicles, allowing Navistar to strengthen its product lineup and GM to expand its Chevrolet commercial truck portfolio.

The future products will be jointly developed using Navistar’s expertise in rolling chassis configurations and manufacturing capabilities, and GM’s commercial components and engines. The vehicles are slated for production in 2018 and will be manufactured at Navistar’s facility in Springfield, Ohio. Navistar plans to add 300 jobs and invest more than $12 million in facility upgrades and state-of-the-art equipment to produce the new vehicles.

“Our collaboration with GM is another example of our customer-centric, open integration approach—providing our customers with the best technologies available,” said Bill Kozek, president, Truck and Parts, Navistar. “By working with an industry-leading company like GM, we’ll be able to enhance our medium-duty product portfolio and leverage our scale and expertise in manufacturing medium-duty trucks.”