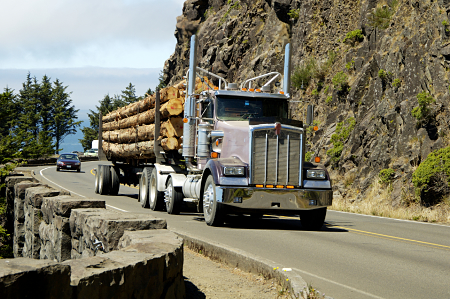 Nebraska Sen. Deb Fischer (R-Neb.) has had her sights set on the Federal Motor Carrier Safety Administration (FMCSA) since last year, when she introduced legislation to overhaul the federal agency.

Fischer recently had an up close and personal contact with the agency when her Senate Commerce Committee considered the nomination of T.F. Scott Darling to the post of FMCSA administrator.

After the hearing, Senator Fischer, chairman of the Surface Transportation Subcommittee, said the following:

“I look forward to a more inclusive FMCSA process that encourages collaboration and trust between public and private sector stakeholders. In that spirit, I appreciate Mr. Darling’s eagerness to immediately remove flawed truck safety scores from public view. If he is confirmed, I hope Mr. Darling will continue to oversee swift enactment of other critical highway bill reforms to the FMCSA.

“Furthermore, I have new concerns regarding the agency’s proposed Safety Fitness Determination rule-making process because of its reliance on inaccurate methodology and analysis,” she added.

Darling assured lawmakers that the agency was committed to moving as quickly as possible to complete a study into how effective its rules are at governing how long drivers should rest before hitting the road again, and to overhauling a safety rating and scoring system that commercial truckers have long lambasted for being flawed.

“FMCSA ensures those entering the industry meet stringent safety requirements,” Darling said. “We require carriers to maintain high safety standards in their daily operations. We focus our enforcement and investigative resources on identifying high-risk carriers and either help them improve their performance or remove them from the road.”

Darling was nominated by President Barack Obama five months ago to head the agency responsible for preventing commercial motor vehicle-related fatalities and injuries.

Darling’s nomination comes at a critical time as the agency faces mounting pressure to more create a safer highway environment for trucks and buses.

While Darling was being grilled on Capitol Hill, the American Trucking Associations (ATA) released an analysis of data from the Department of Transportation that shows the rate of truck involved fatalities is declining.

“America’s trucking industry has invested billions to improve safety and that commitment is paying off,” said ATA President and CEO Bill Graves.

Per NHTSA, there were 3,903 truck-involved fatalities in 2014, a decline of 61 total from the previous year. At the same time, the number of miles traveled by large trucks rose to more than 279 billion. Of note, these figures only represent fatalities where a large truck was involved in the crash and do not reflect causation. Numerous studies have found that trucks are responsible for initiating less than a third of all fatal car-truck crashes, which is why ATA supports aggressive traffic enforcement and education programs aimed at changing the unsafe behaviors of all motorists.

“The short-term decline is welcome news, but the important figure is the long-term trend,” Graves said. “Short-term changes, whether they’re increases or declines, can be blips – and just like you shouldn’t track your 401k on a daily basis, they shouldn’t be the primary lens truck safety is viewed through. The long-term trend – in this case, a more than 40 percent improvement – is of paramount importance.”

“Our industry has worked hard, and invested in technology and training to improve highway safety not just for our drivers, but for all motorists,” said ATA Executive Vice President for National Advocacy Dave Osiecki. “And while there is more work to do, it is gratifying to see those efforts paying off in safer roads for all of us.”