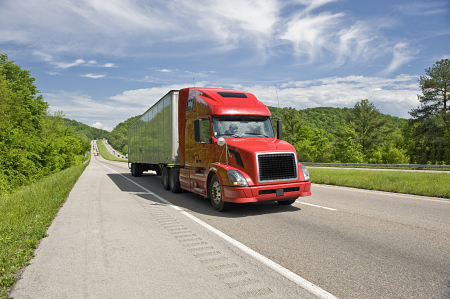 U.S. Xpress, a leading provider of transportation services across North America, recently announced that it has taken a leadership position among national carriers by focusing efforts on driver safety and increasing the base mileage pay by an average of 13.5 percent for Over the Road (OTR) solo drivers who have remained accident and ticket free, with no CSA violations, for 12 months.

Effective March 1, U.S. Xpress implemented this pay raise to ensure the company continues to recruit and retain the industry’s most elite and safe drivers. This increase further solidifies U.S. Xpress’ position as a top-paying carrier in the industry.

“At U.S. Xpress, we recognize the value of safe drivers. The safety of both our drivers and the general public is of the utmost importance, and we feel that tying driver pay to safety performance is the best way to reward and incent safe driving,” said Eric Fuller, president and CEO. “By increasing the pay by an average of 13.5 percent for solo OTR drivers who demonstrate safe behavior, U.S. Xpress is taking a profound step in strengthening the company’s commitment to safety and our drivers.”

Fuller continued, “This increase not only rewards our current drivers for their efforts, but establishes us as the carrier of choice for safe, career-minded professional truck drivers in the industry. And while rewarding these safe drivers is extremely important, even more impactful is the inspiration this provides to new drivers entering the industry. This pay package can be obtained by any solo driver who consistently exhibits safe driving habits.”

Starting on March 1, U.S. Xpress will implement the safety performance-based pay scale where all OTR solo drivers who have 12 months safe driving record and are accident, CSA violation and ticket free, will earn an additional 13.5 percent. With this pay increase, a safe driver with five years of experience could make more than $70,000 total compensation. In addition, a driver who meets the same criteria and opts to become a training advisor for Xpress Academy could make more than $110,000 total compensation.
Fuller continued, “Day in and day out, drivers in the industry are faced with tough choices that might compromise their decision to act safely, and we want this pay increase to encourage them to make the right and safe choices. U.S. Xpress wants to lead the way on this issue. These safe, elite drivers are essential to U.S. Xpress and we want to make sure they know that,” he added.

Nationally, trucker compensation has been going up 8-12 percent per year in recent years, according to Bob Costello, chief economist at the American Trucking Associations (ATA). That’s a lot higher than wages for the rest of Americans, which have barely budged recently.

There’s 1.6 million truck drivers in America. Of those, about 750,000 are “for hire” truckers, meaning they work for a truck company that’s hired by another company, such as a grocery chain, to deliver its product. These truckers are sometimes on the road for 10 days at a time before coming home, Costello says.

At a time when work-life balance issues such as paid leave and flexible schedules are gaining spotlight in the American economy, trucking companies are challenged to recruit and retain workers.

Add on an aging workforce and a lack of interest from young workers, and you’ve got a shortage.

Costello admits that the industry is having the toughest time retaining young workers.

Trucking companies also have a tough time recruiting women, who have become a larger part of the workforce than in previous generations.

Women make up 47 percent of the total U.S. workforce, yet only six percent of all truck drivers are women, according to data from the Labor Department and ATA.

To qualify, truckers have to be at least 21 years old, have a commercial driver’s license and pass a background check and drug test. Those requirements haven’t changed in years, according to industry experts.