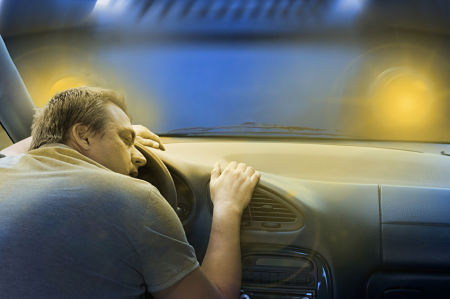 Hours-of-Service (HOS) rules for truckers have been a hot topic in the industry for years but the issue moved center stage in 2014 when comedian Tracy Morgan was seriously injured in a crash involving a Walmart truck. One of the passengers in Morgan’s vehicle died in the crash. The driver was cited for operating the truck without adequate sleep.

Congress, just months after that wreck, suspended a relatively new provision of a law that requires truckers to stop 34 hours after 70 hours of driving in eight consecutive days. The previous version of the law required the entire 34 hours to contain two periods between 1 a.m. and 5 a.m. and allowed just one 34-hour stop per week.

Federal authorities have long tried to ensure that truck drivers get adequate rest. But the commercial truck operators, who have schedules to meet in order to get paid, have resisted.

Under current federal regulations, truck drivers are required to log at least 10 consecutive off-duty hours before returning to on-duty status. Large trucks equipped with a sleeper berth in the rear of the cab provide drivers the opportunity to remain in the vehicle during off-duty time and obtain sufficient recuperative rest to prevent fatigued driving.

“For some time now, sleeper berth drivers have called for flexibility with the hours-of-service requirements, and this study will provide the scientific foundation for FMCSA to understand what the safety benefits and impacts may be in allowing such flexibility,” said Rich Hanowski, director of the Center for Truck and Bus Safety at VTTI. “This pilot project will produce scientific data necessary to further inform FMCSA about this important safety issue that potentially affects the well-being of everyone traveling on our nation’s roads.”

Researchers will to recruit at least 200 long-haul truck drivers who regularly use their sleeper berths, including drivers from large, medium, and small carriers; owner-operators; and team drivers.

“This study will examine the safety impact of providing participating drivers the opportunity to use a ‘sleep when you are sleepy’ strategy to manage their individual fatigue,” said Kimberly Honn, a post-doctoral researcher from Washington State University. “They will still be required to comply with the overall federal hours-of-service safety requirements, but during the study they will be allowed to exercise a degree of flexibility in logging sleeper berth time.”

“Keeping drivers and the motoring public safe is the top priority for our industry,” said Steve Mitgang, chief executive officer of SmartDrive. “The onboard video monitoring system is uniquely capable of providing the insights required to understand the impact of flexible sleep schedules on driving. SmartDrive is proud that our advanced video analytics platform, proven over millions of driving miles, has been selected to support this important study.”

The Center for Truck and Bus Safety at VTTI has conducted approximately $50 million in safety-related research since the center was founded in 2005. Several studies led by the center have helped shape transportation policy in the United States.

A 2009 study conducted by the center found that commercial truck drivers are 23 times more likely to be involved in a safety-critical event while texting and driving, leading to the enactment of new regulations prohibiting distracted driving across the nation.

In 2014, the center won a contract from FMCSA with a ceiling of $30 million across a five-year period. Other center milestone projects include refining and testing safety technologies for commercial motor vehicles, as well as assessing drowsiness and distraction and developing appropriate countermeasures.

Hanowski said the new sleeper berth study has received positive feedback, with several fleets expressing interest. VTTI conducts research to save lives, time, money, and protect the environment. One of the seven university-level research institutes created by Virginia Tech to answer national challenges, VTTI continually advances transportation through innovation and has impacted public policy on the national and international level.