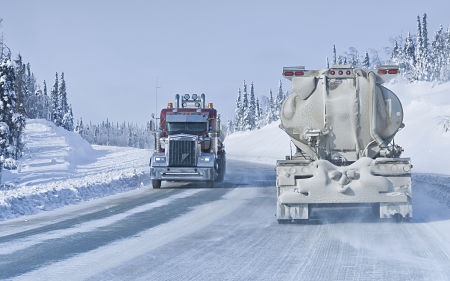 Legislation moving through the Alaska Legislature to increase fuel taxes has an unlikely ally – the Alaska trucking industry.

Senate Bill 132 and House companion HB 249, would raise the per gallon state fuel taxes as follows:

In all, the tax hikes are projected to raise $49 million per year, according to the Alaska Revenue Department.

Leaders from the Alaska Trucking Association, Associated General Contractors of Alaska, Alaska Airmen Association and Alaska Region of the Aircraft Owners and Pilots Association have expressed support for the hikes in letters to Senate and House committees.

Alaska’s highway tax hasn’t been raised since 1970, according to Transportation Commissioner Marc Luiken.

The 3.2-cent per gallon jet fuel tax is the 32nd lowest in the country, according to the national policy research group the Tax Foundation.

The State of Alaska collected $41.8 million from fuel taxes in fiscal year 2015. Those fuel taxes accounted for 3.5 percent of all state taxes last fiscal year, according to Revenue.

SB 132 moved out of Senate Transportation with limiting amendments added by the committee, including a sunset date of July 1, 2018, and a provision reverting the taxes back to previous amounts if the average price for Alaska North Slope crude is more than $85 per barrel in the previous calendar year. At that oil price the state’s need for other revenue sources would be diminished, committee members reasoned.

Sen. Mike Dunleavy, R-Wasilla, who opposed moving the bill, said the Legislature needs to spend another year doing its “due diligence” to cut spending before adding to taxes.

Opponents to the fuel tax increases have said the legislation could have more support if highway fuel tax money, for example, was dedicated to highway maintenance, instead of being lumped into the General Fund. The same could be applied to airports and aviation fuel taxes.

The Department of Revenue tracks the taxes by fuel type, but those monies are not dedicated for specific uses.

The Department of Transportation has $113 million in unrestricted general fund money to spend on road and airport maintenance this fiscal year, according to department spokesman Jeremy Woodrow.

He said roughly 75 percent of that goes to road work, but winnowing out exactly how much is allocated to the specific type of work is difficult because DOT crews in rural communities often handle both road and airport duties with the same equipment.

Aviation fuel tax collections totaled nearly $4.9 million in 2015; and the vast majority of that, about $4.4 million, came from jet fuel.

At the same time, the state spends about $39 million per year to wholly operate its 247 airports, according to Alaska Airport Division Operations Manager Troy LaRue.
The higher aviation fuel taxes would generate about $9 million, according to a DOT model.

The state Aviation Advisory Board, comprised of state and industry members, unanimously recommended in November the state use fuel tax hikes to add revenue over landing fees or airport user fees, largely because the latter two proposals would require implementing new payment systems while the fuel taxes are already in place at lower levels.

“We know we’re probably never going to earn enough money to insulate the airports from the General Fund, but maybe we could get a lot closer,” he said.

Alaska Airlines Senior Vice President Joseph Sprague told the House Transportation Committee that the airline believes it will pay 30 percent of the additional revenue generated by the jet fuel tax increase from 3.2 cents per gallon to 10 cents per gallon.