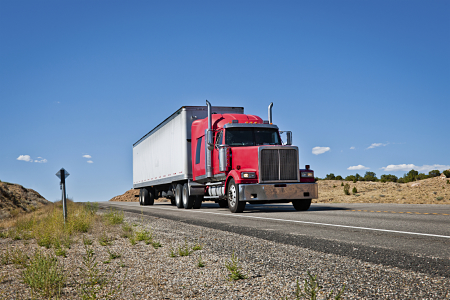 “The sheer number of claims filed and wages awarded to misclassified port truck drivers over the last several years demonstrates a significant problem in the industry,” said Labor Commissioner Julie A. Su. “Worker misclassification is a form of wage theft as it denies workers all the rights and benefits of employee status. This amnesty program provides an opportunity for motor carriers to remedy these problems and correct past abuses.”

Initial numbers do not indicate a strong interest from drivers to sign up for the amnesty.

“I haven’t heard anybody claiming to take advantage of the amnesty offer,” said Weston LaBar, executive director of the Harbor Trucking Association of Southern California.

The Teamsters union, though, thinks the state’s offer is a good one for drayage companies. “With port drivers having filed 799 wage-theft claims with the Department of Labor Standards Enforcement and winning every decision, amnesty offers an olive branch to help port trucking companies that want to come into compliance with California labor laws and to stop misclassifying their drivers,” said Fred Potter, Teamsters vice president and director of the union’s port division.

During the past five years, the Teamsters union has been attempting to organize harbor truck drivers at ports across the country, and owner-operators in Los Angeles-Long Beach have been the most receptive to the union’s efforts. However, independent contractors by law cannot be organized, so the Teamsters have organized job actions and supported claims by drivers in labor-friendly states such as California that attempt to show the companies exert enough control over their daily work patterns to constitute direct employment.

Under AB 621, port drayage trucking companies can enter into a settlement agreement with the Labor Commissioner and Employment Development Department (EDD). The motor carrier must agree to pay all wages and benefits owed to drivers misclassified as independent contractors, pay all taxes owed to the state as a result of misclassification, and agree to classify commercial drivers as employees. The settlement agreement will relieve motor carriers of liability for statutory and civil penalties based on previous misclassification of drivers.

Eligible motor carriers can apply for this voluntary program by filling out the Motor Carrier Employer Amnesty Program (AB 621) application and mailing it to Labor Commissioner’s Legal Section, 300 Oceangate, #850, Long Beach, CA 90802. The application may also be emailed to [email protected].

The state’s Department of Industrial Relations (DIR) protects and improves the health, safety and economic well-being of over 18 million wage earners, and helps their employers comply with state labor laws.

Employees with work-related questions or complaints may contact DIR’s Call Center in English or Spanish at 844-LABOR-DIR (844-522-6734). The California Workers’ Information line at 866-924-9757 provides recorded information in English and Spanish on a variety of work-related topics.

The California Department of Industrial Relations, established in 1927, protects and improves the health, safety, and economic well-being of over 18 million wage earners, and helps their employers comply with state labor laws.