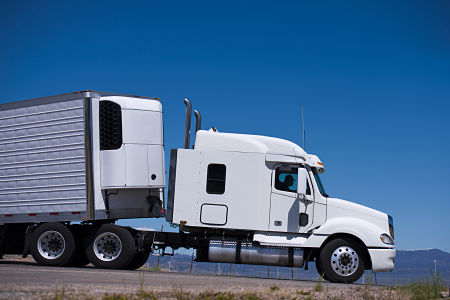 The legislation includes funding for the Department of Transportation, the Department of Housing and Urban Development, and other related agencies. The amount is nearly $5 billion below the request of the Obama administration.

“This bill invests in critical national infrastructure to help move our people and products as safely and efficiently as possible. It prioritizes important programs and projects, making the best use of every transportation dollar,” said House Appropriations Chairman Hal Rogers.

The bill allows $44 billion from the Highway Trust Fund to be spent on the Federal-aid Highways Program – $905 million above the fiscal year 2016 level. This funding mirrors the levels authorized in the Fixing America’s Surface Transportation Act (FAST Act), approved last year.

The measure includes language preserving a key component of federal hours-of-service regulations regarding the 34-hour restart provision. Absent this legislative fix, the 34-hour restart was in danger of being completely eliminated due to a drafting error in previously passed legislation. The restart is a key component in the hours-of-service rules that provides drivers more flexibility and greater control of scheduling, which improves safety for all highway users.

OOIDA also thanked the subcommittee for protecting truckers’ ability to make fair wages. Several large carriers and their supporters on Capitol Hill had pushed for the bill to include extremely controversial language preventing states from enacting their own rules on added compensation for drivers, such as detention pay.

Also included in the bill is a provision that would stall the Department of Transportation’s ability to pursue Safety Fitness Determination safety ratings. The Federal Motor Carrier Safety Administration had recently engaged in a rulemaking that sought to create new standards in the CSA program, the agency’s enforcement program. This was despite many Members of Congress feeling that the FAST Act told the DOT to slow down. OOIDA supports this measure in the bill.

“We are encouraged by the direction this is going,” said Todd Spencer, OOIDA executive vice president. “The subcommittee has addressed the major concerns of small-business truckers and produced a strong THUD bill worthy of bipartisan support.”

OOIDA was one of a dozen industry stakeholders that recently signed a letter to the U.S. Senate Committee on Appropriations expressing their opposition to any amendments to the bill that would increase truck size or weight.

In addition to OOIDA, the following groups signed the letter:

Last November, an amendment to the Fixing America’s Surface Transportation Act to increase truck weight to 91,000 pounds was struck down. One month ago, the U.S. Department of Transportation determined there is insufficient data to recommend any truck size/weight policy changes. The DOT released the same recommendation last June before the study was peer-reviewed.

Also mentioned in the letter is DOT’s consistent resistance to state exceptions.

“They have found that these exemptions have created a piecemeal approach, making enforcement and compliance more difficult and creating unintended consequences for safety and highway infrastructure,” the letter states.

Citing April’s Comprehensive Truck Size and Weight Limits Study, the letter points out heavier trucks had significantly higher crash rates and higher out-of-service violations. Increases in size and weight will also drive small businesses to the ground as they will have to absorb new costs to operating and equipment overhead.

American Trucking Associations also praised the House Appropriations Committee action and urged the full House to take up and quickly pass the legislation and resolve the differences with the Senate version of the bill.

“In addition to allocating funding for important transportation projects, this legislation will ensure that commercial drivers can still utilize the 34-hour restart provision of the hours-of-service rules” said ATA President and CEO Bill Graves.