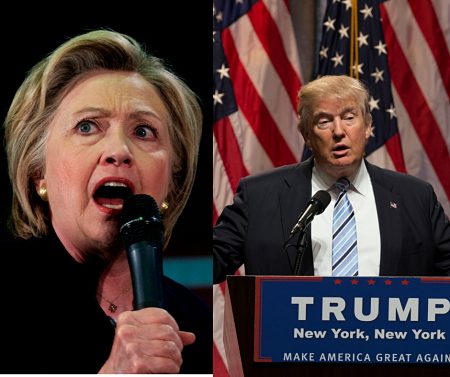 Now that Hillary Clinton and Donald Trump have officially become the nominees of their respective parties, the question looms for the trucking industry – which candidate would be better for their business interests?

A recent Overdrive magazine survey found that most respondents favored Trump for his outspoken stance against regulation and his commitment to repair the nation’s infrastructure.

Trump has been outspoken on the subject of infrastructure, saying, “The infrastructure of our country is a laughing stock all over the world. Our airports, our bridges, our roadways—they’re falling apart. It’s a terrible thing to see.”

Clinton has detailed an infrastructure plan that also calls on enhanced infrastructure, however a part of her plan focuses on shifting some commerce away from roadways and using railways and multimodal options to reduce the volume of commercial traffic on America’s highways.

Looking at both candidate’s websites indicates more detail in Clinton’s plans than Trump, who has offered few specifics.

Trump’s positions on international trade could improve the quality of goods coming into the U.S. and strengthen businesses in general – though critics worry that his aggressive posture could turn away some international trading partners.

Clinton is more likely to maintain the status quo when it comes to international trade and the movement of goods to and from U.S. ports.

Trump has called out China and threatened to add punitive taxation on Chinese goods coming into the country. Such a stance could affect the transport of goods to and from China.

Trump has also threatened to pull out of NAFTA, or at least demand accommodations from Mexico and Canada. Critics say his positions could hurt international trade.

On energy, Clinton wants to move away from fossil fuels and work towards renewable energy while Trump wants to revitalize the domestic oil and gas sector.

Interestingly, Trump agrees with the Democrats when it comes to high speed rail, which has been embraced across the globe but received a lukewarm reception thus far in the U.S.

“On the federal level, this is going to be an expensive investment, no question about that. But in the long run it will more than pay for itself,” he said. “It will stimulate our economy while it is being built and make it a lot easier to do business when it’s done—and it can be done on time and under budget,” said Trump.

Clinton has vowed to eliminate choke points of commerce in the U.S. transportation network.

Her campaign says U.S. transportation networks move nearly $48 billion in goods a day. Yet our insufficient freight infrastructure is preventing American businesses and farmers from reliably and efficiently moving their products to market, damaging America’s ability to compete in the global economy.

In fact, every year, U.S. businesses have to spend an extra $27 billion just in transportation costs because of congestion in our freight networks alone. Clinton’s campaign says she will make major, coordinated investments to eliminate these choke points of commerce—so that American farmers, manufacturers, and small businesses can fight for new customers and win.

In a recent speech, Trump said that with his economic policies “trillions and trillions of dollars will start flowing into our country. This new wealth will improve the quality of life for all Americans. We will build the roads, highways, bridges, tunnels, airports and the railways of tomorrow. This, in turn, will create millions of more jobs.”