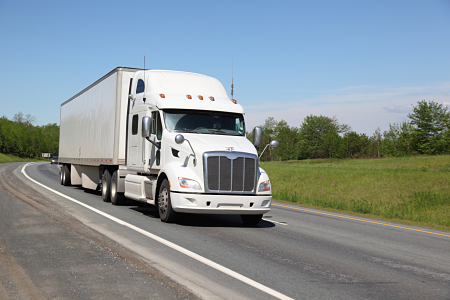 Trucking industry organizations OOIDA, ATA and others recently welcomed findings from the U.S. DOT’s Office of the Inspector General that determined the two early morning provisions and the once-weekly limit on drivers’ 34-hour restart regulations provide no benefit to the industry.

With the results of a new Department of Transportation study signaling the removal of the 1 a.m. to 5 a.m. provision and the once-per-week limit from truckers’ 34-hour restart regulations, trucking industry organizations are lauding DOT for its findings. Those provisions, per Congressional directive, will be permanently removed.

Congress suspended the 1 a.m. to 5 a.m. requirement and the once-weekly limit in December 2014, pending the issuance of the U.S. DOT’s study. The long-awaited report from the Department shows those provisions did not enhance safety, according to a recent OIG update.

More than 200 drivers were studied for the DOT’s report, which was executed by the Federal Motor Carrier Safety Administration (FMCSA) and Virginia Tech. The drivers were divided into two groups. One group followed the more restrictive 2013 rules and the others were free to use the restart as they wanted.

FMCSA will likely need to issue a formal notice to permanently remove the rules, but the regulations have been suspended since a December 2014-issued notice. The report does not change the rules truckers currently operate under.

The American Trucking Associations opposed the rules, arguing that the restart rules were pushing more trucks onto the road during daytime hours, which they said is a consequence FMCSA failed to fully analyze from a safety standpoint.

The main takeaway of the OIG’s findings was that “the study did not explicitly state a net benefit from the use of the two suspended provisions of the restart rule on driver operations, safety, fatigue, and health.”

Findings for the study were based on various metrics, including: comparing work schedules and assessing operator fatigue for two driver groups, those operating under the original restart provisions and those operating under the July 2013 restart provisions; comparing work schedules and assessing safety-critical events and operator fatigue between drivers from a statistically significant sample of drivers comprised of fleets of all sizes (long-haul, regional, and short-haul operations) in various sectors, including flat bed, refrigerated, tank, and dry van; assessing driver safety-critical events, fatigue, levels of alertness, and driver health outcomes by using electronic and hard copy records of duty status; and using data from ELDs to the extent practicable.

The ATA was strong in its support of the OIG findings.

“The release of this report closes what has been a long, and unnecessary, chapter in our industry’s drive to improve highway safety,” said ATA President and CEO Chris Spear. “We knew from the beginning that these Obama administration restrictions provided no benefit to safety, and in light of the DOT’s findings – corroborated by the DOT Inspector General – it is good for our industry and for the motoring public that they will be done away with permanently as specified by language ATA lead the charge on including in the most recently passed Continuing Resolution.”

Spear said Congress repeatedly told the FMCSA that rules of this nature must show a benefit to safety, explaining that this report clearly showed there was no benefit.

“This marks the end of a long struggle, but hopefully the beginning of a new era of inclusive and data-based regulation,” Spear said.

“It’s not only common sense, it’s trucker sense,” said OOIDA executive vice president Todd Spencer. “We have always championed the need for flexibility in the hours-of-service regulations so that drivers can drive when rested and avoid times of heavy congestion or bad weather conditions.”

A DOT spokesperson says the Department is in the “final stages of reviewing the study” before sending a final report to Congress, as required by a 2014-passed budget act.