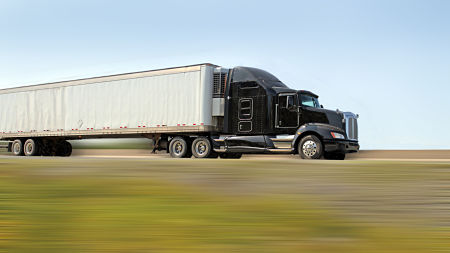 Only months into implementation of electronic logging device (ELD) regulations in the trucking industry, the early reviews show a mixed bag of approval and disapproval among the nation’s truckers.

The underlying rules for driving time haven’t changed; just the tool for measuring compliance. Truckers can drive no more than 11 hours in a 14-hour period, followed by at least 10 hours of mandatory rest, according to federal regulations.

The American Trucking Associations (ATA), a long-time backer of the ELD mandate, remains in support.

“We firmly believe that America’s truck drivers — if they were operating legally within the hours-of-service rules before today — will see tremendous benefits in using an ELD,” said Chris Spear, president and chief executive officer of the ATA. “Whether in reduced crashes, less time spent on paperwork or in fewer errors in their logbooks.

“The data, as well as our members’ experiences, with this technology tells us that ELDs reduce crashes, increase compliance with the hours rules and ultimately benefit our industry and the motoring public.”

Other groups are not as favorable toward the new requirements. The Owner-Operator Independent Drivers Association (OOIDA) believes ELD requirements should have been delayed.

“The mandate provides no safety, economic, or productivity benefits for most ensnared by the mandate, which includes businesses that are not in trucking, but rely heavily on trucks as their business models,” said Todd Spencer, OOIDA executive vice-president. One of the group’s primary concerns is a lack of clarity on which of the nearly 200 available electronic logging devices will be compliant with the federal mandate.

“Most small-business truckers can ill afford to make these purchases only to learn later that their ELD is non-compliant,” Spencer said. “Yet they are required to do so or risk violation.”

Echo Global Logistics CEO David B. Menzel told JOC.com that his firm is seeing shippers and trucking companies reacting to the new regulations and those reactions have contributed to the current tighter truckload capacity and higher rates.

“The market is in the process of adapting to the impact of tighter measurement compliance to the hours-of-service rules and this is impacting both and shipper and carrier behaviors,” Menzel told JOC.com.

Another industry feeling the pinch is the grain industry, according to one official.

ELD implementation has affected the availability of trailer vans and forced flour milling companies to delay some loads of bagged flour or pay premiums for immediate shipments in the weeks since implementation.

But, costs could recede somewhat after an initial transition period, according to Ken Bisping, director of transportation and logistics at Grain Craft, Chattanooga, Tennessee.

“We’ve seen tighter capacity, and we’ve seen rate increases,” Bisping told world-grain.com. “Over the holidays, it was a struggle, and there was a little panic over capacity, but that’s subsided a little since the first of the year.”

Gordon Klemp, founder and president of The National Transportation Institute, agreed that the industry is in transition.

“We’re in a transition time and have seen from 5-12 percent capacity lost,” Klemp said. “The old metrics are out. Some older routes and runs don’t make sense now. We are predicting somewhere around 7-9 percent loss of capacity for the last three quarters of 2018. We will get some efficiency back when drivers get used to using it,” he told world-grain.com”

Klemp said the larger issue is the driver shortage.

“From 2001 to 2016, the average GDP growth was 1.8 percent, and we ran out of drivers,” Klemp said. “For the past 10 years, the driver shortage has been covered up by the terrible economy. It was hiding behind poor GDP growth. If we get 3.8 percent GDP growth, there is a big shortage coming.”

In addition to industry opposition to the new ELD requirements, six states have introduced legislation that would undermine the regulations.

Tennessee, Missouri, Wyoming, Idaho, Alabama and South Dakota legislatures are all considering state laws that would challenge ELD enforcement in their states.