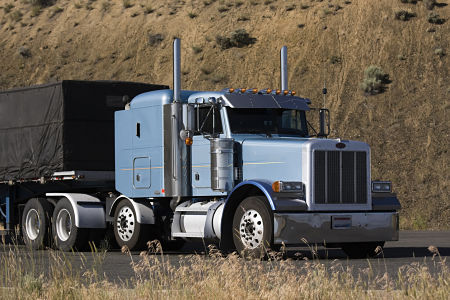 Leaders of some of the nation’s leading transportation companies and organizations recently came out squarely against the Trump administration’s plans to roll back fuel economy and vehicle emissions standards.

Speaking at the 2018 ACT Expo green transport conference in Long Beach, Calif., representatives from UPS, Navistar, Cummins, Honda and the California Air Resources Board (CARB) repeatedly said they would prefer the single national emissions standard established under the Obama administration.

California and 17 states announced they have jointly sued the federal Environmental Protection Agency (EPA) over Administrator Scott Pruitt’s decision to roll back standards for vehicles built from 2022 to 2025 because the standards were difficult for automakers to achieve.

California, which led the suit, said the rollback would cancel an agreement between the state and the EPA that allowed California to set its own air quality standards if they are tougher than federal standards. It also permits other states to adopt California’s standards. So far, 13 states and the District of Columbia have done so.

“We have invested millions and we continue to invest” in clean technologies aimed at meeting the Obama-era standards, said Steve Gilligan, vice president of product marketing for Navistar. “We assume we will stay the course,” he said.

CARB Chair Mary Nichols said Pruett’s decision to roll back emissions and fuel efficiency standards made “a mockery” of the EPA decision process, was not evidence-based, heralded “destruction of the one-plan” agreement between California and the EPA and “wiped away years of analysis with the stroke of a pen.”

Having to comply with more than one set of rules “adds complexity and costs and drives uncertainty,” said Julie Furber, executive director of electrification at truck engine development giant Cummins Inc.

While the immediate effect of the EPA decision will first hit the passenger car industry, the truck industry is regulated by the same agencies and ultimately is affected by what happens on the automotive front.

As a major consumer of the clean emissions products truck and engine manufacturers put into the market, UPS wants the consistency that comes with a single, 50-state emissions and fuel economy standard, said Tamara Baker, chief sustainability officer and vice president of environmental affairs for the delivery industry giant.

“The evidence is irrefutable: today’s clean car standards are achievable, science-based and a boon for hardworking American families. But the EPA and Administrator Scott Pruitt refuse to do their job and enforce these standards,” said California Attorney General Xavier Becerra. “Enough is enough. We’re not looking to pick a fight with the Trump Administration, but when the stakes are this high for our families’ health and our economic prosperity, we have a responsibility to do what is necessary to defend them.”

The lawsuit, filed in the United States Court of Appeals for the District of Columbia Circuit, seeks to set aside and hold unlawful the U.S. EPA’s effort to weaken the existing clean car rules. The lawsuit argues that the U.S. EPA acted arbitrarily and capriciously, failed to follow its own regulations and violated the Clean Air Act.

On April 13, 2018, however, the EPA reversed course and claimed that the clean car standards for model years 2022-2025 should be scrapped.