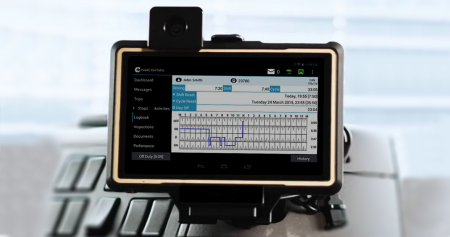 “We are puzzled and disappointed at the response from the agency. For months, the FMCSA has been granting exemptions to other organizations, some not even actually in trucking, but relying on trucks for their businesses,” said Todd Spencer, president of OOIDA.

OOIDA said in its request that small-business truckers that have already proven their ability to operate safely should not be subject to purchasing costly, unproven and uncertified devices. OOIDA had requested a five-year exemption for motor carriers classified as small businesses according to the Small Business Administration and with a proven safety history with no attributable at-fault crashes, and who do not have a carrier safety rating of “unsatisfactory.”

“Congress is taking notice that the mandate was not ready for prime time,” said Spencer. “There are numerous legislative proposals that would provide relief from the mandate and we’re hoping Congress moves forward with them.”

Among the numerous concerns cited in the request, the issue of self-certification of vendors is one of the biggest issues brought up by OOIDA.

FMCSA has stated that they do not know if the self-certified ELD’s listed on their website fulfill regulatory requirements in the mandate.

“Most small-business motor carriers can ill afford to make these purchases only to learn later that the ELD is non-compliant. Yet they are required to do so or risk violation,” said Spencer.

A five-year exemption would provide necessary time for ELD manufacturers to be fully vetted by the agency, which would alleviate small-business motor carriers from learning that they purchased a device that could damage their vehicles electronic control module or be hacked.

OOIDA is part of a diverse coalition of industry representatives that has spoken out against the mandate.

The ELD mandate is estimated to cost impacted stakeholders more than $2 billion annually, making it one of the most expensive federal transportation rulemakings over the last decade. It is a massive unfunded mandate that provides no safety, economic, or productivity benefits for most ensnared by the mandate, according to OOIDA.

Commercial truck drivers are restricted to a limited number of working and driving hours under current regulations. The FMCSA’s mandate requires that truck drivers use ELDs to track their driving and non-driving activities even though such devices can only track movement and location of a vehicle. OOIDA contends that requiring electronic monitoring devices on commercial vehicles does not advance safety since they are no more reliable than paper logbooks for recording compliance with hours-of-service regulations.

OOIDA is the only national trade association representing the interests of small-business trucking professionals and professional truck drivers. The Association currently has more than 160,000 members nationwide. OOIDA was established in 1973 and is headquartered in the Kansas City, Missouri area.

According to FMCSA, the electronic logging device mandate is working. Since the ELD mandate went fully into effect April 1 with the Commercial Vehicle Safety Alliance’s Out-of-Service criteria for ELDs, less than one percent (4,720) of all driver inspections (559,940) have resulted in the driver being cited for operating without a required ELD or grandfathered AOBRD, the agency reported.

According to the agency, only 0.64 percent of driver inspections in May had at least one hours-of-service violation.

Compare this to a year earlier, in May 2017, when 1.3 percent of driver inspections had at least one hours-of-service violation.

Meanwhile, trucking interests are pushing for legislation on Capitol Hill that would reform the underlying hours of service regulations, now that strict enforcement is highlighting some of the operational difficulties with the rules, such as the Honest Operators Undertake Road Safety, or HOURS, Act (H.R. 6178). Other bills would ease the rules for specific types of trucking, most specifically livestock haulers, according to truckinginfo.com.