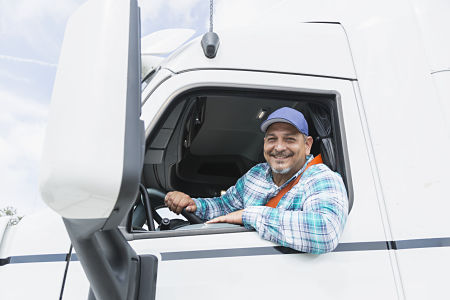 In its annual survey among motor carriers and industry professionals, the American Transportation Research Institute (ATRI) found that an ongoing driver shortage and the number of hours drivers are allowed to drive per day are the top concerns.

“I’ve spent the past year traveling the country as ATA chairman and everywhere I go, people talk about how we’ve got to resolve our workforce challenges if we’re going to keep this nation’s economy moving forward,” said Dave Manning, president of TCW Inc., a Nashville, Tenn., motor carrier.

The industry’s second most important concern is gaining flexibility in the federal hours-of-service rules. The regulation limits truckers to no more than 11 hours a day within a 14-hour workday. Drivers must then be off duty for 10 consecutive hours. The Federal Motor Carrier Safety Administration (FMCSA) says the regulation reduces driver fatigue that could lead to crashes.

The ATA is calling for increased flexibility in the rules. The industry wants to be better able to deal with issues such as traffic congestion.

ATRI said splitting the required 10-hour non-driving break into two five-hour or other time blocks would allow drivers to plan around the nation’s worst traffic bottlenecks.

FMCSA is considering revising the rules. It received more than 5,200 public comments to proposed hours-of-service changes, many about rest breaks.

“Are there inefficiencies being created with the existing hours-of-service framework? That’s the question I’ve been asking since the day I got here,” said Ray Martinez, the agency’s administrator. “I believe over the last few months, I’ve gotten some very good, constructive suggestions. I don’t know if they are the answers. It’s what warrants consideration.”

The third most important issue was retention – keeping drivers whom motor carriers already employ to blunt the effects of the driver shortage, which the ATA estimates at 63,000. Retention rose two places in the survey from last year.

“There is a core of the best drivers who don’t leave,” Hindes said. “The attrition is driven by younger drivers who leave three or four months into a job and then go to another company and do the same thing.”

A hot-button issue last year, a new regulation forcing drivers to operate trucks equipped with electronic logging devices that digitally track the number of hours they drive daily, has faded as a concern of both motor carriers and drivers who responded to the survey.

The industry feared that implementation of the rule would disrupt shipping, but truckers have largely adapted to the new regulation. Fewer than one percent of drivers stopped by inspectors failed to have an ELD, according to FMCSA. The issue has fallen to fourth on ATRI’s list.

“When everyone saw that the world didn’t end, ELDs became less of an issue for both groups,” said Rebecca Brewster, ATRI president.

The lack of enough parking spots for trucks rounds out the survey’s top five concerns but remains as the No. 2 issue among commercial drivers.

“The lack of safe parking has always been a driver issue, but now the motor carriers see it,” Brewster said.

Chris Spear, ATA chief executive, said drivers park on exit ramps – anywhere they can find space – because of a lack of rest areas.

FMCSA’s Martinez said he agrees with Spear that it is a safety issue and should be part of any plan to improve the nation’s transportation infrastructure.