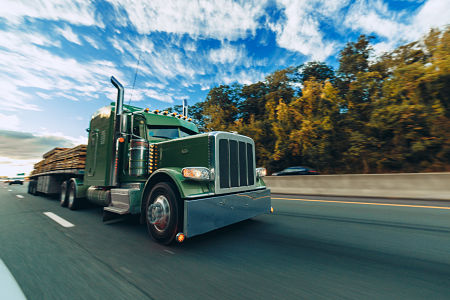 Freight brokers and third-party logistics firms can expect another year of positive business growth before staring down a recession, according to Noel Perry, chief economist for Truckstop.com.

Perry, speaking at an April 13 Transportation Intermediaries Association Capital Ideas Conference & Exhibition in Orlando, said the probability of an economic downturn in 2020 is at least 40 percent due to a falloff in auto sales, an increase in unsold inventory and weakness in government spending.

Perry said the length of the current recovery is already the longest in the post-World War II period and may have been prolonged by the Tax Cut and Jobs Act, which provided a boost to business investment and consumer spending in 2018.

Going forward, the growth of industries that are “truckload intense,” such as manufacturing, are likely to weaken, Perry said in an interview with Transport Topics, “making it harder to maintain growth in gross domestic product. A recession is defined as two consecutive quarters of negative GDP growth.

A mild recession, Perry said, would likely feature a 10 percent decline in load volume, a slightly smaller drop in prices and a significant loss of revenue for freight brokerage firms. A recession like the one in 2008-09 would produce a drop of more than 25 percent in load volume, a double-digit percentage drop in prices and revenue losses of more than 40 percent, Perry said.

“We’ve never seen such an influx of emerging technologies, powertrain innovations, as well as legislation changes and just a whole mix of new tires,” she said. “Your future is secure. Trucking is only gaining in popularity. The need for trucking is strong and will continue to be strong within the market.”

Bob Costello, chief economist for American Trucking Associations, said data released so far “suggests that the economy grew, but moderated, in the first quarter, as expected.”

Gains in manufacturing employment slowed to a crawl and employment in trucking fell by 1,200 in March, the first monthly drop since last April. Retail sales declined 0.2 percent in February after rising 0.7 percent the prior month. And the ratio of inventory to sales rose in January to its highest level since August 2017.

“I’m growing increasingly concerned that there’s a glut of inventories throughout the supply chain that will, and probably already has, hurt truck freight volumes,” said Costello.

The Cass Truckload Linehaul Index, which tracks what shippers pay in both contract and spot markets, was 139.9 in March, an increase of 4.8 percent from the same month a year ago but is trending down.

“We expect continued increases in coming months, but at slightly lower percentage increases,” said Donald Broughton, an industry analyst and contributor to indexes produced by Cass Information Systems, a financial services firm based in St. Louis that handles $60 billion in freight payments annually.

“We are lowering our realized pricing forecast for 2019,” Broughton said.

Rob Misheloff, president of Smarter Finance USA, a Las Vegas-based loan brokerage firm, said he sees signs that lenders are pulling back from financing trucks and small fleets in response to a rising number of loan defaults.

“Since 2015, it kept getting easier to fund trucking deals,” said Misheloff. “But over the past 12 to 15 weeks, lenders have been tightening up because they are not seeing the performance, and this may be an indicator of the direction of the economy. It’s not yet like 2008, but it could become like that.”

FTR Intelligence, a Bloomington, Ind.-based research firm that tracks changes in freight volume, rates, capacity, fuel price and financing, said its trucking conditions index fell sharply from December to January and is expected to moderate further toward neutral territory through at least the third quarter of 2019.

The environment for shippers, as measured by changes in freight demand, rates, fleet capacity and fuel price, is close to neutral through the first quarter and is expected to rise slowly as the year progresses, FTR reported.