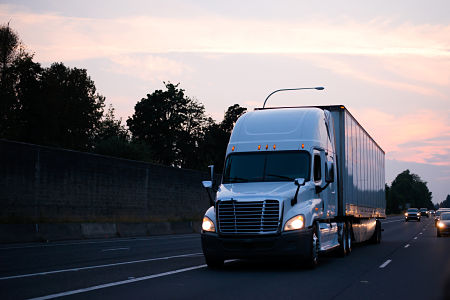 “The timelines in the department’s regulatory updates serve as goals for the agency and are reflective of FMCSA’s plan to move quickly during this rulemaking process,” a spokesperson for FMCSA said. “The agency is hopeful the rule will be published soon.”

The Notice of Proposed Rulemaking has been under OMB review since late March. OMB allows up to 90 days for review of proposed rules. FMCSA was hopeful for the HOS proposal to clear sooner than that. Additionally, OMB allows for one 30-day extension, but that is still no assurance the rule will clear. A proposed speed limiter rulemaking was under review at OMB for more than a year before being killed.

“This was key to assessing if a change would ease unnecessary burdens on the industry while maintaining safety on our nation’s roadways,” Chao said. “The department is listening closely to the priorities of truck drivers and industry stakeholders. These innovations will help strengthen the trucking industry, increase safety and save lives.”

FMCSA Administrator Ray Martinez said his agency is taking a serious look at the HOS issue.

He said that stakeholders have continually told him of the need for more HOS flexibility. The agency is willing to consider changes, provided that “safety remains the priority,” Martinez said.

The Owner-Operator Independent Drivers Association helped spur the discussion on hours-of-service reform as it submitted a petition to FMCSA in February. The petition asked for regulations to allow drivers to take a rest break once per 14-hour duty period for three consecutive hours if the driver is off-duty. OOIDA also asked for the agency to eliminate the 30-minute rest break requirement.