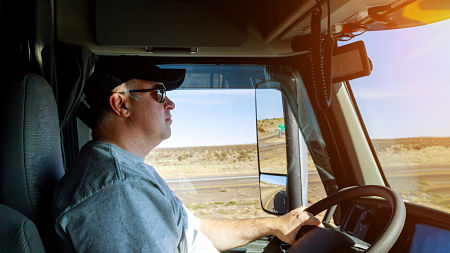 This year, USDOT is launching a second pilot that would open the opportunity to all 18-20-year olds.

USDOT is currently seeking comment on the second pilot. The deadline for submitting comments is July 15, 2019. The Federal Register Notice, including how to submit comments, is available here.

The two pilot programs are part of USDOT’s response to a nationwide driver shortage.

“Commercial trucks and buses are essential to a thriving national economy, and the Department wants to ensure the public has an opportunity to comment on this important potential change,” said U.S. Transportation Secretary Elaine L. Chao.

The second pilot program will allow non-military drivers ages 18-20 to operate CMVs in interstate commerce. FMCSA requests comments on the training, qualifications, driving limitations, and vehicle safety systems that FMCSA should consider in developing options or approaches for a second pilot program for younger drivers.

“We want input from the public on efforts that offer the potential to create more jobs in the commercial motor vehicle industry, while maintaining the highest level of safety. We encourage all CMV stakeholders to submit comments on a potential interstate pilot program for younger drivers,” said FMCSA Administrator Raymond P. Martinez.

ATA estimates that the industry is short at least 50,000 drivers, and that number is expected to climb as older drivers retire.

“Did the driver shortage go away during the Great Recession in 2008? It absolutely did,” Costello told Transport Topics. “That was a severe recession. Other than that, it’s been a systemic problem.”

He continued, “When we look at the supply side of drivers, we’re using demographic data. We’re looking at females and males. We’re looking at age groups and we’re looking at the current percentage of people that are truck drivers in those cohorts. That is forecasted out, not by us, but by the Census Bureau. Our forecast of the driver shortage is a warning, a trend forecast, if things do not change.”

Costello added, “On the demand side we’re looking at how much freight is out there, how many trucks are out there, and how much we really need to optimally move that freight. Then we match those up. When we matched those up in 2017, we said we could have used almost 51,000 more tractor-trailer drivers in that year. We know anecdotally that the private fleets do not have a problem, and we know anecdotally that the less-than-truckload fleets do not have as big of a problem.”

“When we released the top industry issues in October, we said the driver shortage has remained an issue for years,” Brewster told Transport Topics. “Its ranking has risen or dropped based typically on what was going on in the economy. During the Great Recession we saw the driver shortage as an issue in that annual survey drop down.”