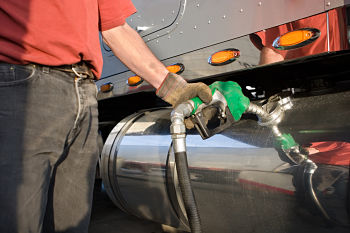 After several years of prosperity, the trucking industry is heading for a downturn in 2020, according to industry experts.

Tim Denoyer, ACT Research’s vice president, and senior analyst predicts a 31 percent drop in Class 8 builds for 2020 to correct for all the extra trucks bought over the last few years.

Kenny Vieth, ACT’s president, and a senior analyst said net orders for 2019 year-to-date have set the pattern for the downturn.

“It’s pretty clear that the next chapter of this story will not be a happy one, and it will also impact equipment demand in adjacent sectors, such as construction, oilfield and gas, farm machinery, and industrial.”

Vieth says it’s time for truck OEMs to batten down the hatches.

“When the change comes, it is likely to come fast, and we reiterate what we’ve been saying in recent months: Everyone should be well into their preparations for a rapid downward correction in production levels in the next few months,” he told mhlnews.com.

Denoyer said the trucking industry already had to contend with a “mild freight recession” in 2019. This may worsen, as overcapacity and low freight demand are lowering truckload and intermodal contract rates.

Knight-Swift Transportation CEO David Jackson agrees that volatility in the industry is going to hit his company’s bottom line.

“The freight environment is difficult. It has been more difficult than people expect from an earnings standpoint,” said Jackson. He expects other truck and rail stocks to be similarly impacted.

Navistar CEO Troy Clarke said in September that he wouldn’t comment regarding a recession but did say freight and trucking are going through a “transition.”

David Parker, chairman, and CEO of Covenant Transport Services noted that truck capacity has left the market in 2019.

“Through the second quarter of this year compared with last year, there have been 17,000 trucking companies that have not renewed their operating authority,” he told Transport Topics.

Not all industry insiders are predicting gloom and doom.

Max Fuller, executive chairman and co-founder of U.S. Xpress, says the industry has hit an inflection point and should trend back up, adding the next three months will prove if that is indeed correct.

“The economy looks like it’s going pretty strong in general,” said Fuller, offering that if it stays that way, it could be “off to the races” for fleet activity.

“You have to be an excellent gambler to know what’s going to happen,” he told mhlnews.com.

“We’re seeing the construction business booming,” he said. “I think everywhere you go in major cities you see cranes. I’m bullish on 2020.”

Despite that, Gallagher acknowledged that trucking executives must tighten their belts. His lean strategy is to look at every level from himself to the secretary to cut expenses, take a closer look at maintenance items to prevent downtime, and work with vendors and suppliers to find more efficient ways of doing things.

Cowen analyst Jason Seidl doesn’t want to hear about a “freight recession.” “It’s not that 2019 has been so bad,” writes Seidl. “2018 was just really, really good.” He believes rates appear to be weak because shipping prices were high in the first quarter of 2018, according to a report on barrons.com.