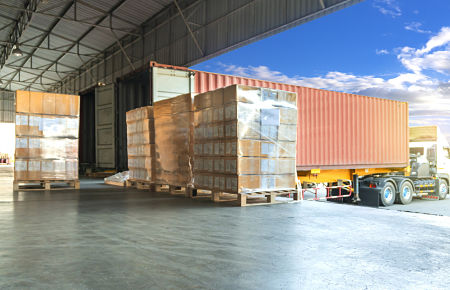 In a trucking industry that has weathered driver shortages and high turnover for years, motor carriers are now exploring hub-to-hub or dock-to-dock routes for drivers who don’t want to wait for unloading at docks and would prefer to sleep in their own beds more often than not.

In hub-to-hub routing, a driver would drive shorter routes, avoiding cross-country trips that keep drivers away from home for weeks at a time.

He said GPS makes it easier to track the driver, tractor, trailer, and load to coordinate drop-offs and transfers to keep shipments moving across the country.

For hub-to-hub to work, there must be a balance of trucks moving east and west to avoid deadhead miles.

The emergence of more regional distribution centers, like Amazon’s, has decreased the length of most hauls. The average dry van truckload length of haul has dropped from 800 miles in 2000 to 500 miles today, according to the American Transportation Research Institute.

Enhancing the value of hub-to-hub routes is the emergence of autonomous trucks, which fit the hub-to-hub model.

Embark Trucks, a self-driving truck startup out of San Francisco, may provide a glimpse into the future.

The company last year announced they would open transfer hubs in Los Angeles and Phoenix.

“These are facilities meant specifically to transfer loads from a manual local truck onto a driverless truck,” CEO Alex Rodrigues says. “The driverless truck starts inside the facility, drives itself along surface streets then, onto the highway, then drives all the way to the next hub, drops the freight, turns around and comes back.”

Embark’s customers “rely on the truckers they work with to navigate their yards, to load freight and process paperwork. Big distribution centers aren’t going to change that anytime soon,” he says.

By adding the transfer hubs, “customers will still have local drivers handling the pick-up of trailers but will be able to access the benefits of self-driving trucks without needing to change anything about the way they do business,” he added.

Embark says five Fortune 500 customers, who Embark is not identifying, are signed up to use the transfer hubs as part of freight-hauling contracts with the company.

“Transfer hubs aren’t just about connecting and disconnecting trailers, they’re about providing a whole suite of pieces of the puzzle logistically,” Rodrigues says. “The goal is to let a human driver do the work at the beginning and the end and in between deliver a consistent working environment for the driverless truck,” he added.

Volvo, like many auto and truck manufacturers, is demonstrating autonomous hub-to-hub technology in Sweden.

Last year, Volvo announced it had reached a deal with ferry and logistics giant DFDS to use Volvo’s “Vera,” an electric autonomous truck model, to transport goods between a logistics hub and a port in Sweden.

Other Volvo autonomous pilots include a self-steering truck to help sugarcane farmers in Brazil; an autonomous garbage collection truck; and an autonomous truck for transporting limestone in the mining industry.

“Now we have the opportunity to implement Vera in an ideal setting and further develop its potential for other similar operations,” said Mikael Karlsson, VP of autonomous solutions at Volvo Trucks.

With more logistics supply chains now funneling through hubs, shipping companies are responding by building millions of square feet of warehouses to capitalize on proximity to those hubs.

Amazon, FedEx, and UPS have all announced multi-billion-dollar expansions in Cincinnati, Fort Worth and Memphis.

“One of the reasons we see so much buildup around these inland ports is it cuts down on transportation time and transportation costs,” said James Breeze, CBRE senior director and global head of industrial and logistics research. “Transportation costs are the highest costs for a supply chain, and any way occupiers can find to cut down on that cost they will, including building up around distribution centers,” Breeze told Bisnow.com.