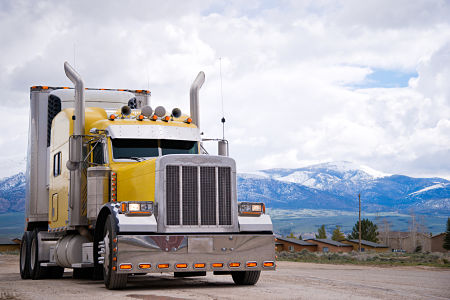 The 62-member coalition sent a July 27 letter to members of the Senate Committee on Commerce, Science and Transportation in opposition to increases under consideration.

“Increasing minimum liability coverage would affect all businesses transporting property, not just long-haul trucking operations,” the OOIDA-led coalition letter stated. “As illustrated by the diversity of our coalition, the impact would be felt in many sectors of the economy that are currently working to help our nation recover from the COVID-19 pandemic, including trucking, agriculture and the materials industries.

“Raising insurance rates for countless businesses engaged in trucking in the midst of an economic downturn would undoubtedly lead to the loss of even more American jobs. This policy does not belong in legislation that is designed to support economic recovery and encourage growth.”

The coalition formed in response to an amendment included in the House version of the INVEST in America Act that would increase the minimum insurance requirement for motor carriers from $750,000 to $2 million. The rate would be adjusted every five years to account for inflation based on Bureau of Labor Statistics data.

Industry experts say the bill has little chance of moving in the Senate, but the coalition wants to squelch any idea of such an increase.

The coalition says the increase would put many small motor carriers out of business.

The coalition also contends that increasing the minimum insurance requirement would do nothing to improve safety and that research shows that there is no need for the increase. Citing a 2014 report from the John A. Volpe National Transportation Systems Center, the coalition said that the “vast majority of commercial motor vehicle-caused crashes have relatively small cost consequences, and the costs are easily covered with the limits of mandatory liability insurance.” Specifically, the report said the $750,000 minimum covered damages in all but 0.06% of crashes.

“Rejecting calls for increases in insurance coverage will help protect American jobs and businesses, including countless small businesses, from an unnecessary and excessive policy designed to further line the pockets of trial lawyers at the expense of truckers, farmers and manufacturers,” the coalition wrote.

In a 2013 report on carrier liability responsibility, the Federal Motor Carrier Safety Administration (FMCSA) asserted that doubling the level of liability does not imply a doubling of the dollar value of the risk. “It depends upon how frequently the higher cost events occur, relative to the frequency of the lower value,” FMCSA stated.

Rep. Jesus “Chuy” Garcia (D-Illinois) proposed the House amendment in question. Garcia sits on the Highways and Transit subcommittee of the House Committee on Transportation and Infrastructure.

“Passage of the amendment would be a poison pill for OOIDA and our members, forcing us to vigorously oppose a bill we otherwise support,” Collin Long, OOIDA’s director of government affairs, said in the letter.

Rep. Garcia says minimum insurance requirements have not been updated since the 1980s. His amendment is supported by the American Association for Justice, Institute for Safer Trucking, Truck Safety Coalition, Citizens for Reliable and Safe Highways, and Parents Against Tired Truckers.

“ATA does not support an arbitrary increase to minimum insurance limits,” said Sean McNally, ATA vice president of communications. “To be an effective tool for improving safety, there must be an open, fair and data-driven process to inform and guide what insurance limits should be, not just inserting a number that trial lawyers pull from thin air.”

“Raising the insurance minimum will do absolutely nothing to improve highway safety and would be nothing short of disastrous for many small motor carriers that are struggling to stay in business,” said Norita Taylor, OOIDA’s director of public relations.