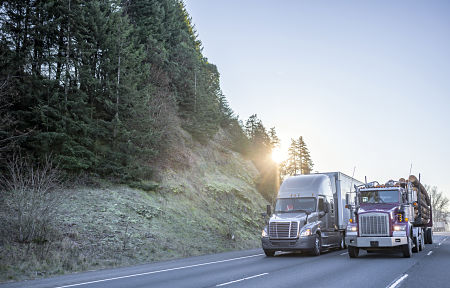 At a recent investor conference, leaders from four of the nation’s top trucking firms indicated that strong demand and a tight supply situation are pointing to truckload pricing surging in 2021.

Bob Costello, chief economist for the American Trucking Associations (ATA) said the economy is shifting from consumers spending money on services, such as hotels and restaurants, to purchasing goods. He said more Americans are stuck at home and using the time to remodel, fix and redecorate – which means more home-based supplies are needed.

“On the consumption side, it is hard to spend money on services during a pandemic, when you are trying to social distance. So, what are you going to buy if you are not buying services? You’re going to buy goods,” Costello said. “Housing starts picked back up. All of that helped trucking.”

The latest housing market index from the National Association of Homebuilders, which gauges current and future single-family home demand, shows a strong rebound.

Demand for housing reached an all-time high last week, 15 percentage points above September of 2019 and at the highest level in 35 years.

The Fed is doing its part, announcing last week that interest rates are expected to remain near zero through 2023, a good sign for the housing market.

In its August report, freight data and research firm FTR Transportation Intelligence said it expects new truck orders to remain in the “20,000 range for the next few months.” The firm said that the large fleets are continuing to buy but at levels only in line with normal replacement cycles and that only a few orders have been for fleet expansion.

ACT Research’s longer-term forecast calls for a seven percent decline in the active Class 8 truck fleet by 2021 as overall transportation capacity has reached a near-two-year low.

“Each of these three themes will greatly influence trucking rates over the next four to six quarters,” said Eric Fuller, President and CEO, U.S. Xpress. “It’s becoming increasingly clear that high tide conditions will persist for a long while, so shippers and carriers will have to plan – and act – accordingly. “