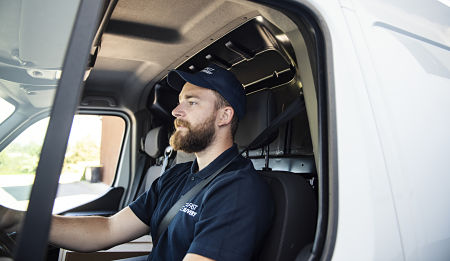 The American Trucking Associations (ATA) strongly supports a proposal by the U.S. Department of Labor that would clarify the definition of an employee under the Fair Labor Standards Act as it relates to independent contractors.

“The Department’s proposal aims to bring clarity and consistency to the determination of who’s an independent contractor under the Fair Labor Standards Act,” said Secretary of Labor Eugene Scalia. “Once finalized, it will make it easier to identify employees covered by the Act, while respecting the decision other workers make to pursue the freedom and entrepreneurialism associated with being an independent contractor.”

ATA President and CEO Chris Spear was full of praise for the proposal.

“Secretary Scalia understands that many Americans choose the independent contractor model — including hundreds of thousands of owner-operators in the trucking industry — because it expands their opportunities to earn and empowers them to choose the hours and routes that suit their individual needs and lifestyle,” said Spear. “This proposal is about giving working Americans the freedom to pick the occupation and flexibility they desire, and we thank Secretary Scalia for putting it forward.”

The Department’s proposed rule would:

Advise that the actual practice is more relevant than what may be contractually or theoretically possible in determining whether a worker is an employee or an independent contractor.

This Notice of Proposed Rulemaking (NPRM) is available for review and public comment until Oct. 26. The Department encourages interested parties to submit comments on the proposed rule.

“The rule we proposed today continues our work to simplify the compliance landscape for businesses and to improve conditions for workers,” said Wage and Hour Division Administrator Cheryl Stanton. “The Department believes that streamlining and clarifying the test to identify independent contractors will reduce worker misclassification, reduce litigation, increase efficiency, and increase job satisfaction and flexibility.”

The proposed regulation provides a model for when businesses may legally classify workers as independent contractors rather than employees, who are covered by federal minimum wage and overtime law. The DOL is proposing a more employer-friendly interpretation of employee status under the Fair Labor Standards Act than it applied during the Obama administration.

The issue of worker classification has taken on greater significance amid the rise of the gig economy, where independent contractors are central to the business models of leading companies such as Uber Technologies Inc., Lyft Inc., and Instacart, according to an article in Bloomberg Law.

Election-year political considerations and lobbying from the business community are the motivating factors behind DOL leadership’s mission to fast-track the regulation before a potential transfer of power.

Finalizing the rule would become particularly risky, some management lawyers say, if the Senate were to flip to Democratic control. That outcome would allow Democrats to undo the rule—and any similar future effort—via the Congressional Review Act.