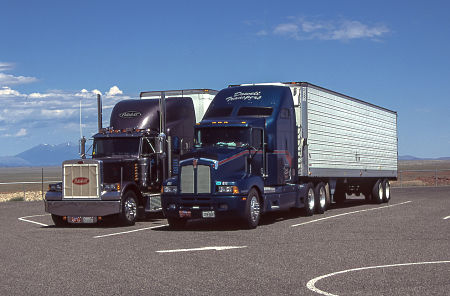 “For a number of reasons, 2020 has been a tremendously challenging one for our industry and our country, but as ATRI’s survey lays out, there are a number of issues we must address in addition to the ones put in front of us by this pandemic,” said ATA Chairman Randy Guillot, president and CEO of Southeastern Motor Freight and Triple G Express Inc. “From finding and keeping qualified drivers to the increased costs of insurance and burdens imposed on our industry by unwarranted lawsuits, ATRI has identified the issues our industry cares most about and outlines plans for how we can solve them.”

For the fourth year in a row, the driver shortage was the top industry issue overall, as well as topping the motor carrier list of concerns, highlighting the challenges fleets face in recruiting new talent and keeping their current drivers. In fact, driver retention was carriers’ number two issue, and sixth on the combined list.

Among the 1,000-plus truck drivers who responded to the survey, truck parking, driver compensation and detention issues were their top concerns.

In all, ATRI received responses from 3,122 truck drivers, motor carriers, and other industry stakeholders – a record for the 16-year-old survey.

“Having such a robust sample gives us a very accurate picture of what issues are of most concern to the trucking industry,” said ATRI President and COO Rebecca Brewster. “With this information, the industry can best target its resources to address trucking’s concerns.”

“The impacts of litigation and growth of nuclear verdicts in the trucking industry was really apparent in this year’s list of concerns,” Brewster said. “Earlier this year, ATRI quantified the growth in nuclear verdicts in the trucking industry, but even without that critical research, the fact that tort reform and insurance issues have resurfaced in the survey are a clear sign the industry is being impacted by rising costs related to litigation and insurance.”

“This is the 16th year of ATRI’s annual Top Industry Issues survey,” said Brewster. “The data set represents about 44 percent motor carrier, professional drivers were about 32 percent of the data set, and the rest were other industry stakeholders, including suppliers and law enforcement.”