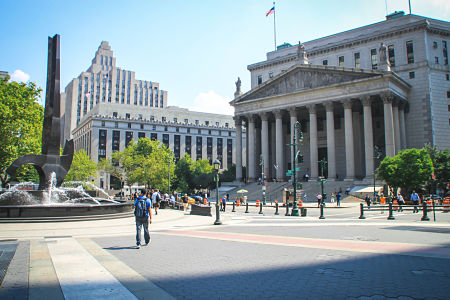 “The Court’s ruling is a victory for common sense over bureaucracy and the plaintiffs’ bar,” said ATA President and CEO Chris Spear. “When the Department of Transportation preempted California’s rules, it was a victory for highway safety, ensuring that there is one uniform standard for trucking regulations. By upholding DOT’s authority to be the sole regulator of interstate trucking, the Ninth Circuit is preventing states and trial lawyers from creating a costly and inefficient patchwork of competing rules.”

In 2018, after bipartisan efforts to enact a legislative fix failed, ATA petitioned the U.S. Department of Transportation to preempt California’s meal and rest break rule, preventing them from being enforced against interstate truck drivers, noting the rules would force those drivers to comply with two competing sets of hours-of-service rules.

The unanimous ruling by the Ninth Circuit found that not only does the federal government have the authority to review and preempt state safety rules, but the three-judge panel agreed with the DOT’s conclusion that “federal regulations adequately and more appropriately balanced the competing interests between safety and economic burden,” than allowing states to impose a patchwork of competing regulations.

“We hope this ruling sends a strong message to other states that they are not allowed to impose additional regulatory burdens on interstate commerce,” Spear said. “We thank DOT and the Court for upholding the principle that federal regulatory primacy is critical for maintaining safe and efficient transportation.”

In late September 2020, ATA petitioned DOT to pre-empt meal-and-rest break rules imposed by California, but primarily enforced via private lawsuits against motor carriers, on the grounds that a patchwork of rules related to driver hours of service harms safety, is in conflict with federal rules and causes “an unreasonable burden on interstate commerce.”

“We were forced to ask DOT and the Secretary for this important, common sense solution because congressional dysfunction and gridlock prevented Congress from reasserting itself – as it had in 1994 – as the primary arbiter of interstate commerce, despite bipartisan, bicameral support,” Spear said. “We hope today’s ruling will once and for all underscore the importance of a single, national standard for work and safety rules for professional drivers.”

“For fleets like mine, knowing the rules will be the same for my drivers regardless of what state they’re delivering to is important,” said ATA Chairman Barry Pottle, president, and CEO of Pottle’s Transportation. “I’d like to thank U.S. DOT for taking this step to make our highways safer by simplifying the lives and schedules of America’s truck drivers, but also recognize the efforts and persistence of the ATA staff who successfully built bipartisan consensus around solving this issue for carriers across the country.”

Meal and rest breaks vary from state to state. For example:

Under the federal Fair Labor Standards Act (FLSA), there are no requirements for employers to permit employees to take breaks throughout the workday. The only federal standard that exists requires employers who choose to offer breaks to compensate employees accordingly during those break times.